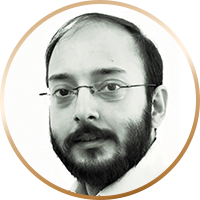 Suhaan Mukerji is the founding partner of PLR Chambers, a law firm specialising in public policy and regulatory affairs, which has been awarded the Best Policy and Regulatory Law Firm of the Year Award by India Business Law Journal for 2020, 2019, 2017-18, 2016, 2015 and 2014, and received Legal Era Awards in 2017, 2016 and 2015. It was named Social Impact Firm of the Year in the Thomson Reuters Foundation Awards, 2018, and Suhaan was recognised as one of eight GenNext lawyers by the Economic Times.

He is a passionate supporter of development initiatives and serves on the board of a number of leading global not-for-profit organisations.