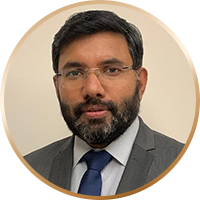 Anoop Rawat is a partner with Shardul Amarchand Mangaldas & Co with over 18 years of experience.

Anoop has advised on marquee deals in the IBC space including advise to lenders of Bhushan Steel Ltd in the successful insolvency resolution of the company, which resulted in the takeover of Bhushan Steel by Tata Steel at an aggregate consideration of ₹352 billion. He leads the firm’s legal advisory team involved in insolvency resolution process of large telecom companies such as Aircel and Reliance Communications Ltd. Presently Anoop is advising lenders on the insolvency resolution of Srei Infrastructure Finance Limited and Srei Equipment Finance Limited, both of which are covered under a special regime for corporate insolvency resolution for financial services providers under the Insolvency and Bankruptcy Code. Additionally, Anoop has worked extensively in the railways, real estate, mining, power and airport sector projects in addition to advising on financing and setting up public private partnership projects. He also has advised banks and financial institutions in marquee financing transactions, including advising the consortium led by Power Finance Corporation Ltd on a ₹40.50 billion deal for the resolution of debt of Rattan India Power Limited under the RBI’s Prudential Framework for resolution of stressed assets.

He has been recognized by IFLR1000 as a ‘Notable Practitioner’ for Banking, Project Development, Project Finance and Restructuring & Insolvency by IFLR1000, 2019-22and has been ranked by Chambers and Partners for his experience and standing as insolvency and restructuring lawyer.