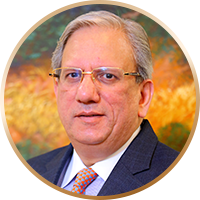 Anand S Pathak has extensive experience in advising clients on international mergers and acquisitions, private equity investments, arbitrations, and European and Indian laws on competition. He is admitted to practice law in the US and India, and has practised law in Brussels, New York, Cleveland and Palo Alto.

Anand attended all the European Council meetings for the adoption of the EU’s merger control regulations. He has represented clients in complex European Commission and Indian competition law investigations and merger notifications. His international M&A experience includes Daiichi Sankyo’s acquisition of Ranbaxy, Warburg Pincus in its Indian investments, Tech Mahindra’s acquisition of Satyam, Schneider Electric’s acquisition of Luminous Power, acquisitions by HCL Technologies, Rediff. com and Tech Mahindra of entities outside India, and the sale of eTouch in the US to Virtusa Corporation and of Global Edge Software to Altran Technologies. He has successfully represented clients in international arbitrations, including Daiichi Sankyo in a Singapore-based arbitration and then in an appeal of the arbitral award in the Singapore Supreme Court. He is currently representing the government-appointed board of the IL&FS in the sale of IL&FS assets and the government of India in several bilateral investment treaty arbitrations.

He was presented with the National Law Day Award in 2005 by the prime minister of India for his unique contribution in the field of corporate law and for bringing foreign investments into the country. He has received several awards for M&A and competition law, including Best M&A Lawyer in India for every year from 2008 to 2018, and India – Competition Lawyer of the Year for every year from 2013 to 2021. In 2020, Anand received the Indian Lawyer of the Decade Award.

Anand has an LLB and MA from the University of Cambridge, England, and an LLM and MA in international and development economics from Yale University. He has worked at the European Court of Justice, Luxembourg, and in the Competition Division of the Legal Service in the European Commission, Brussels. He was a member of a committee constituted by the Indian government in 2018 for reviewing Indian competition laws and an adviser to the Competition Commission of India.