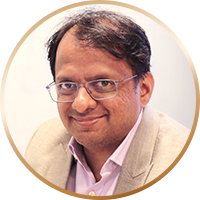 Srinivas has also been named in India Business Law Journal’s A-List of top 100 lawyers in India in the 2021 and 2020 edition. This endorsement is based on extensive research by IBLJ, on the nominations received by thousands of in-house counsel and India-focused lawyers at international law firms.

He was endorsed as one of the most trusted lawyers in India in ICCA’s publication The Vanguards. Srinivas has been recognised in the Mint (one of India’s leading business newspapers) for being one of the 40 who matter in the startup ecosystem for his role in helping to build this sector in India.

Srinivas is a member of the board of several companies, and is also a trustee and adviser to charitable foundations and projects. He speaks regularly at conferences.