Patent legislation across Asian jurisdictions is constantly catching up with the pandemic’s demands, with stronger protection, foreign filing and higher compensation being common themes. However, the gaps persist, and businesses need to fathom the domestic barriers to stay ahead.

The covid-19 pandemic affecting the world’s population has demonstrated the importance of advancements in medical technology and securing patent protection in countries of interest. The ongoing debate concerning the waiver of the enforcement of the Trade-Related Aspects of Intellectual Property Rights (TRIPS) Agreement in 1994 for all IP related to the prevention, containment and treatment of covid-19 has brought up the age-old question of striking a balance between greater public access with the aim of global vaccinations and the rights of the patentee.

Due to the territorial nature of patent protection, substantial emphasis is placed on registering patents in all countries of interest. In times of a resource crunch, patentees must be strategic about how funds are utilised. Malaysia, a developing nation that is a signatory to major international IP treaties, has patent laws and procedures that reflect the trends in the global patent sphere. It is worthwhile to note that the system in place, either through the Malaysian Patents Act, 1983, or the various international treaties and agreements, supports expedited examination and unhampered enforcement even during times of a pandemic.

As a signatory to the Patent Co-operation Treaty (PCT), Malaysia benefits applicants that seek international patent protection by providing a unified procedure for patent applications across its contracting states. Patentees are thus able to seek patent protection in other member countries simultaneously. Malaysia is a participant in the Asean Patent Examination Co-operation (Aspec), the first regional patent work-sharing programme among nine states’ IP offices including Brunei Darussalam, Cambodia, Indonesia, Laos, Malaysia, the Philippines, Singapore, Thailand and Vietnam. This programme is aimed at reducing duplication of work that needs to be carried out by each participating patent office by sharing search and examination results between them. The participating patent offices gain by saving valuable time and resources, while patentees benefit from faster and more efficient patent prosecutions.

Malaysia has also expedited patent examination procedures under the Patents Act, pursuant to the Patents (Amendment) Regulations, 2011. A patent applicant who has made a request for substantive examination may request the approval of expedited examination once the application has been made available for public inspection. This was introduced to reduce patent pendency by expediting and accelerating the allowance, issuance and grant of a patent.

Requests under the Aspec and the PPH do not require any additional official fees. For an Aspec request, the MyIPO may consider the search and examination results from the participating foreign patent office, but is not required to accept the results of such search and examination. The author’s experience under the PPH programme is that when the Malaysian claims conform to the foreign allowed claims, the Malaysian application will generally be accepted for the grant.

Besides the various partnerships and international affiliations, Malaysia has its own designated IP High Court, established in 2007. The court, situated in Kuala Lumpur, is a court of the first instance. Judgments from this court may be appealed to the Court of Appeal and, with the leave of court, to the Federal Court, the country’s apex court.

The Malaysian courts, which usually conduct hearings and trials fully in-person, have adapted and adopted procedures to support remote hearings and trials. It is noteworthy that these virtual hearings and trials substantially reduce the costs of bringing foreign witnesses to Malaysia. This has proven to be a significant benefit, particularly for patent trials that require the evidence of experts from overseas.

While article 31 and the act allow for the issuance of compulsory licences permitting the exploitation of patented products domestically, the amended article 31bis allows for compulsory licences permitting the export of patented pharmaceutical products from Malaysia. Article 31bis has not been codified into Malaysian patent law, but proposed amendments to the Patents Act and Patent Regulations, 1986 suggest that such applications may be possible in the future.

Compulsory licence, government use and safeguards

Section 84 of the Patents Act empowers the minister in charge of IP (i.e. the Minister of Domestic Trade and Consumer Affairs) to decide whether a government agency or a designated third party is permitted to exploit a patented invention without the patentee’s consent where:

To date, there have only been two published instances where section 84 was invoked – in 2003, in relation to three HIV/AIDS drugs and, in 2017, to permit the importation of generic versions of a Hepatitis C drug. In both cases, the government had first engaged in negotiations with the patentees, giving them the opportunity to make representations.

Section 84 contains certain safeguards that protect the interests of patentees. Notably, the Patents Act requires that patentees are notified of the minister’s decision “as soon as is reasonably practicable”, and section 84(3) further provides that patentees are to be paid an “adequate remuneration”, the amount of which is to be decided upon hearing representations by patentees and other interested parties (if they wish to be heard). Patentees may also request that the compulsory licence be varied or terminated, and the minister may so vary or terminate the licence after hearing the relevant parties.

Additionally, section 84 does not grant the government unlimited powers to exploit a patent, and all government use of patents is subject to the following limitations:

Patentees are also not left completely defenceless where the government exercises its rights, as section 84 explicitly provides that patentees may appeal to the high court against the decision of the minister. While article 31bis, compulsory licensing and government-use may cause concern to patentees, there are necessary safeguards in place to prevent abuse of such provisions. 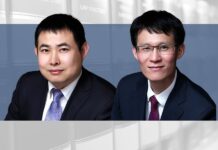 Comparing drug patent linkage in China and the US