While the Cayman Islands has forged a deserved reputation as the leading offshore jurisdiction for investment funds, in recent years the British Virgin Islands (BVI) has gained increasing popularity in the closed-ended sector of the industry. This article discusses the most commonly sought structure for BVI closed-ended funds, and certain legal and regulatory considerations for global fund managers associated with the use of the jurisdiction.

The renaissance of BVI investment fund activity has been driven in no small part by the wholesale rewrite of the jurisdiction’s partnership legislation in 2017, and the introduction of the Limited Partnership Act (LP Act, as revised). The LP Act replaced the longstanding and under-utilised international limited partnership regime, and offers managers a highly flexible and modern structuring tool for closed-ended investment funds.

Drawing heavily on the continued refinements made to the limited partnership product in other competing jurisdictions, BVI limited partnerships now share many of the features of those other offerings, including broad freedom to contract, operational responsibilities being vested in the general partner, and limited partners enjoying limited liability in exchange for no involvement in day-to-day management.

Accordingly, where there is a lack of collective investment or diversification of portfolio risk, a closed-ended fund will not meet the above-mentioned definition, and will not be subject to regulation under the SIBA. This is a driver behind the increased use of BVI for single investor or single investment funds and “club deals”, and for co-investment vehicles set up to hold a single investment for one or more investors within the framework of an existing closed-ended fund structure – particularly where acquisition structures need to be set up and portfolio acquisitions need to be completed with some urgency.

Subject to limited provisos, the SIBA contains a general prohibition on the promotion of private investment funds and their carrying on of business unless and until recognised formally as such by the BVI Financial Services Commission (the FSC).

In order to be eligible for such recognition, the constitutional documents of a private investment fund must: (1) specify that the offer of fund interests to investors must be made on a “private basis” only; (2) restrict the number of shareholders or investors to 50; and (3) restrict the offer to “professional investors” and a minimum initial investment of USD100,000 for each such investor.

The application process for recognition requires the payment of application fees, which can vary depending on when in a calendar year recognition is being sought, and the submission to the FSC of a completed application form together with a number of supporting documents including the fund’s constitutional documents, offering documentation, if any – if none, then an explanation for the lack of must be provided – and valuation policy. The recognition process will typically take between five to seven working days, provided all required documents are submitted to the FSC successfully.

Private investment funds are subject to various ongoing obligations following recognition, including the retention of:

Any change to the appointed person, auditor or authorised representative must be notified to the FSC within certain prescribed timeframes specified under the SIBA.

The officer, who may be internal to the fund or appointed externally, will act as the liaison with the BVI Financial Investigation Agency in relation to AML compliance matters, and will have responsibility for ensuring compliance by the fund’s staff with AML law and regulation, and any internal reporting protocols and compliance procedures the fund may have adopted.

A closed-ended investment fund formed in the BVI that does not meet the private investment fund definition under the SIBA and is not otherwise regulated will not technically be subject to the jurisdiction’s AML regime. It is however both recommended and accepted market practice for unregulated funds of this nature to conduct investor onboarding KYC and due diligence as if subject to the regime.

Alongside investment funds themselves, there has also been increased interest in establishing investment advisers and managers in the BVI under its approved manager regime to service such funds. The regime operates as a regulatory “light” initiative for qualifying BVI managers and advisers, while maintaining appropriate regulatory oversight in line with standards found in other major investment fund jurisdictions. 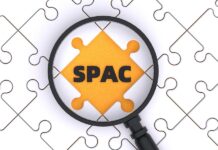 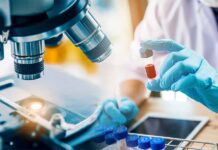