The rule of law and legal certainty are the foundations of a healthy democracy. While strict adherence to rules and regulations indicates a well-functioning system, occasional flexibility is warranted, to signal that discretion is appropriate if errors occur despite good faith and proper intent.

This was the judgment of the Delhi High Court in the recent case of The European Union Represented by the European Commission v Union of India in which a patent applicant was in danger of losing its rights because its patent agent failed to meet statutory non-extendable deadlines. The court set out an important exemption to the strict adherence to deadlines in exceptional circumstances.

The petitioner had filed two patent applications at the Indian Patent Office (IPO) as national phase entries of its Patent Cooperation Treaty (PCT) applications. The IPO issued the first examination reports (FER), but the patent agent failed to inform the applicant of this development. The patent agent failed to respond to the FERs within the specified time limits, as a result of which the IPO deemed the applications abandoned under the Indian Patents Act, 1970 (act).

The petitioner engaged a second patent agent to rectify the defect. The second agent filed for condonation of delay at the IPO and persistently followed up on this application. The IPO’s silence on this request led the agent and applicant to petition the Delhi High Court, challenging the Controller of the IPO’s abandonment orders.

Indian patent law is clear on extendable and non-extendable deadlines, a fact acknowledged by the court. However, some judicial discretion in applying these deadlines could be exercised, the court said, particularly where the facts showed that an applicant had no intention to abandon its application. Further, its agent had acted contrary to such intention. Two aspects helped turn the application in the petitioner’s favour. The court was satisfied the agent had acted in error and the applicant had proved its intention not to abandon. In these circumstances, the court said it was within its powers to be liberal in its approach.

Had the applicant not filed corresponding applications in other jurisdictions, or not followed up with its first patent agent, this decision might well have gone the other way. The court also extended the general principle that any mistake committed by counsel or an advocate in civil or criminal litigation should not cause a litigant to suffer. It held that a mistake committed by an agent was comparable to mistakes committed by an advocate, and should be treated similarly. The two patent applications were restored, and the IPO was directed to continue the examination.

In summary, the court said that although some deadlines are made mandatory by statute, in extraordinary circumstances courts have the power to condone delay. While the statute may not explicitly grant judicial discretion, the court extrapolated from legislative intent and from general principles of natural justice that it had such power. It held that the law could not have the objective of making applicants suffer. In making this finding, the court found support in the recommendations of the Parliamentary Standing Committee on Commerce Report in July 2021. The committee suggested that the act should be amended to permit some flexibility for minor errors and lapses in unavoidable circumstances, to prevent the outright rejection of patent filing and the loss of valuable intellectual property rights.

This case has lessons for patentees and patent applicants alike, not least the importance of instructing the right patent agent. Meeting deadlines and following set procedures would have avoided adverse decisions. Acting in good faith is always beneficial, as this demonstrates consistent intentions and may persuade a court to protect the interests of applicants in the face of obdurate decision-making.

Essenese Obhan is the managing partner and Ayesha Guhathakurta is an associate at Obhan & Associates. 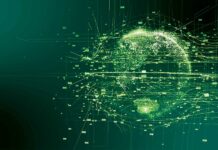