One of the most commonly adopted incentives by employers is the inclusion of a bonus payment in the remuneration clause. As laws and regulations generally do not set out mandatory requirements for the recipients, conditions and the timing of bonus payments, employers enjoy considerable autonomy in this regard.

It should be noted, however, that this autonomy is not absolute, and employers’ frequent adjustment of bonus benchmarks, or outright refusal to pay bonuses, have resulted in many disputes.

On 4 July 2022, the Supreme People’s Court (SPC) released the 32nd group of guiding cases under the theme of “protecting labourers’ lawful rights and interests”. Among the listed cases, Nos. 182 and 183 concern labour disputes over bonus payments. With reference to these two cases, this article summarises the adjudication approach and applicable legal standards so that employers can exercise their autonomy in a regulated, responsible manner.

Employers have more burden of proof. Under article 6 of the Labour Dispute Mediation and Arbitration Law, where the labourer claims that the employer should pay a bonus, he/she should assume the preliminary burden of proof, relying on, among other things, contract stipulations, relevant regulations and requirements, a track record of bonus payments, and any bonus received by other labourers for the year.

After the first round, the burden of proof shifts to the employer, who is required to provide the factual basis for skipping or reducing the bonus. For example, the employer may need to prove that the labourer is not a rightful recipient of the bonus, or does not meet the necessary requirements, or that no appraisal process took place. Additionally, the employer is required to provide “evidence that is related to an arbitral claim but controlled by an employer”. Typically, in cases involving a refusal to pay bonuses, the rule of thumb is to place the stricter burden of proof on the employers.

The trial approach of “substance over procedure”. Based on the SPC guiding cases and relevant judicial practice, in bonus-related disputes the courts mainly take into consideration:

In case No. 182, the employer refusing to pay the bonus claimed that it never went through a due review process. After a thorough analysis, the court determined that the labourer’s eligibility for the bonus should depend on whether the conditions and criteria for paying the bonus had been satisfied, and the review procedure should not be the deciding factor. The court also stressed that the employer had not only the right, but also an obligation to review the bonus. Without a justifiable reason, the employer failed to review the bonus and should bear the consequences.

In case No. 183, the employer refusing to pay the bonus reasoned that the labourer had departed from the company before the year-end bonus was issued. After judging the labourer’s reason and timing of departure, work performance and contribution to the company, the court determined that by the time of the departure the labourer had completed a year’s worth of work, diligently performed his/her duty, and made due contributions to the employer, so satisfying substantial conditions for receiving a bonus. Accordingly, the court supported the labourer’s claim.

From the above-mentioned two cases, it is clear that adjudicators focus on whether the substantial conditions for a bonus payment have been fulfilled.

Employer faces harsh penalties. According to article 4 of the Regulations on the Composition of Gross Wages, issued by the National Bureau of Statistics, bonuses are part of labourers’ gross wages. Where employers refuse to pay bonuses, as with the SPC’s guiding cases, they are guilty of “failure to pay labour remuneration in full and on time”, which means that on top of the rightful and lawful bonuses, they may also bear additional financial compensation.

For example, where the employer fails to pay remuneration on time, even after the labour administrative department ordered it to do so within a time limit, according to article 91 of the Labour Law, article 85 of the Labour Contract Law and article 26 of the Regulation on Labour Security Supervision, the employer is required to pay additional compensation to the labourer at a rate of between 50% and 100% of the payable wages. Furthermore, failure to pay wages in full and on time entitles the labourer to unilaterally dissolve the labour contract, which, according to article 46 of the Labour Contract Law, also requires the employer to pay financial compensation.

Rules for bonus payments should be available to all staff. Under article 4 of the Labour Contract Law, when it comes to bonuses and other matters directly related to the interests of the employees, the employer should convene a meeting of employees’ representatives, or invite all employees to deliberate and share proposals and opinions. Any finalised rules and regulations after negotiations should be announced and made available for all labourers to ensure that proper procedures are observed.

Rationally formulate the bonus payment system. First, when putting together the remuneration structure, employers are advised to divide variable payments linked to the company’s and individual’s performance into project bonuses, sales commissions and year-end bonuses, with clear distinction from fixed wages. Second, employers should explicitly set out the rules for bonuses in the corporate regulations, such as whether there will be a bonus, who would receive it, time of payment, eligibility and criteria. In particular, they should clarify the situations that would prevent the bonus from being issued, in order to lower the risks in the burden of proof if disputes arise.

Deduct bonus with caution. Corporate regulations are not one-sided restrictions for labourers, but also serve to prevent employers from arbitrarily exercising managerial power. For labourers that meet the criteria to receive bonuses, employers should play their part to actively review and pay the bonus, thus lowering their risk of being caught in a lawsuit. 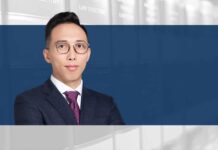