Fund recording a loss, but senior LPs still profiting, or given an early exit? Partners in such cases may be designated as ‘creditors’. However, they may defend their status by pointing to differences between a partner and a creditor

In partnership private equity (PE) fund investments, while it is relatively common to grant fixed returns or an exit clause in investment agreements, such arrangements may be construed as de jure investment, de facto loan, or “disguised debt”, a hotbed for legal risks and disputes.

But this does not mean all investments involving a fixed return or exit clause necessarily constitute “disguised debt”. Investors can still mount a defence from the angle of contractual stipulations, as well as their substantive rights and obligations.

Investors of a partnership PE fund are, by definition, also partners, and therefore entitled to a series of rights under the Partnership Enterprise Law, including attending partners’ meetings, participation in decision-making, right-to-know business conditions, and launching lawsuits under their own name for the partnership’s benefit when the executive partner is negligent in exercising its rights. A creditor, on the other hand, has none of these rights.

Furthermore, partners bear obligations not shared by creditors. First, when partners wish to withdraw their investment from the partnership, they need to go through a process akin to capital reduction, which is not needed when creditors recover their loans.

An arrangement of expected or fixed returns does not necessarily offset the status of a partner. As long as the partner bears risks from losses sustained from the partnership, such an investor-investee relationship remains clearly distinguished from a creditor-debtor one. For example, the investor under the investment or partnership agreement is entitled to a fixed return at an annual rate of 10%, but may have also agreed to share losses with other partners according to their partnership shares.

Even in the absence of a loss-bearing clause in the agreement, partners are still required to do so based on their proportion of paid-in capital, or by other rules under the Partnership Enterprise Law. In other words, investors objectively bear the risks of partnership losses, a trait that creditors evidently do not share.

Under structured arrangements, it is possible for senior limited partners (LPs) to profit from a loss-making fund, but it does not translate into senior LPs’ immunity from bearing losses. In the second-instance trial of Shi Lixing v Rongtong Capital Management (2017), a dispute over an entrusted financing contract, the court held that although holders of senior shares managed to recover their principals and even make profits while the fund was generally at a loss upon its termination, it did not mean that senior shares were subject to any guaranteed principal or profit.

In some cases, a structured arrangement means that inferior LPs are the first in line to sustain losses, but senior LPs may still profit if the partnership has sufficient funds for the higher tier, which is in line with PE regulatory
requirements. Therefore, one cannot claim a creditor-debtor relationship simply because of a structured arrangement, or that the senior LPs are given preference to profits and bear less risks.

Some investment agreements contain an exit clause under which investors may withdraw from the partnership and withdraw their capital if, among other scenarios, a certain time limit expires or the investment target cannot be met.

However, even the right to exit does not always equate to avoiding losses. According to article 51 of the Partnership Enterprise Law, withdrawal of investment must be premised by a settlement process of the partnership. In the case of a withdrawal, the assets and liabilities of the partnership should be calculated, and the eventual withdrawn amount should be determined by the net asset. If the partnership does not have sufficient funds, the investor may still suffer losses, so an exit clause also does not necessarily lead to a “disguised debt”.

It cannot be denied that fixed returns and fixed-term exits have added certain “debt” features to investment contracts. Therefore, when designing investment contracts, companies should remain vigilant against the risks of becoming “disguised debts”, and strive to exhibit “equity or partnership” attributes when entering into and implementing the contract, such as explicitly stating the scenarios under which partners may sustain losses or, instead of a fixed-term exit, allowing withdrawal to be triggered by the inability to go public as planned.

Whether the investor has the rights of a partner or a creditor may have different advantages under different circumstances. For example, a creditor does not bear losses of a partnership, and recovery of debts is not subject to any withdrawal process. Accordingly, companies may design the legal relationship to lean one way or another to satisfy specific needs. 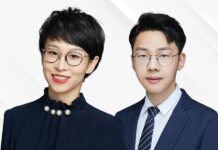 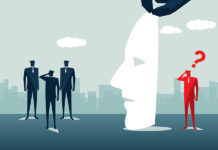