Equity is an effective means for shareholders to control a company, and a relatively concentrated equity structure is the basis for a company’s stability. M&A, however, will cause a significant change in the equity structure of a company.

To maintain the stability of the equity structure and protect the interests of shareholders, this article explains the feasibility of using the shareholder removal mechanism for those without capital contribution, stipulated by article 17 of the Provisions on Several Issues Concerning the Application of the Company Law (III), to protect the interests of shareholders and provide corresponding suggestions by focusing on the distribution of rights and the balance of interests in corporate governance.

After being invited by a local government, a well-known new energy vehicle company invested in building a factory. The company made an additional capital contribution to a local manufacturing company by using its intangible assets with an appraisal value of RMB1.25 billion (USD193.6 million) and cash of RMB300 million, so becoming the controlling shareholder of the manufacturing company.

The specific contribution time, capacity requirements, etc., were stipulated in the investment and M&A agreement. After signing the contract, the new energy vehicle company, as a significant shareholder, took over the manufacturing company.

While the original shareholders of the company had fully fulfilled their contribution obligations, the new energy vehicle company had not fully fulfilled its contribution in line with the M&A agreement, or the articles of association. In addition to holding the controlling shareholder responsible for the liability of breach of contract per the agreement and other investment agreements, the shareholder removal mechanism stipulated in article 17 also provides a new way for small and medium shareholders to safeguard their rights and interests.

In this respect, the precondition for removing a shareholder is that the company needs to make that request and to give the shareholder a reasonable buffer period; if the shareholder still fails to perform its obligations, it can be removed only when properly constituted shareholder meeting passes such a resolution.

As a major shareholder, the well-known new energy vehicle company, for example, can decide major matters of the company through its high voting rights after taking over the company, including but not limited to the composition of the board of directors, business decisions, dividend distribution, associated transactions, etc.

If major shareholders abuse their rights through high voting rights, this can harm the interests of small and medium shareholders, and even the interests of the company. In addition, there are ambiguities in the voting procedure as stipulated in article 17. For example, does a removed shareholder need to withdraw from the resolution of a shareholder meeting? Does the shareholder meeting’s resolution need to be made based on the majority of shareholders present, or the capital majority? Does it need more than half or two-thirds of the voting rights if the capital majority is adopted?

Some courts ascertain whether the interested shareholders shall withdraw from voting on the basis of the shareholders’ right to know, as in the right-to-know dispute case of Chengdu Anergel Electronic v the shareholder He Xinghai (2013), heard by Chengdu Municipal Intermediate People’s Court. Other courts, however, support the withdrawal of interested shareholders when voting, as in the resolution dispute case of Zhang Yanping v Zang Jiacun (2018), heard by the Supreme People’s Court.

If the interested shareholders’ withdrawal system is not implemented in the resolution of the shareholders’ meeting, the shareholders who have not contributed will never be removed because of their dominant position based on their majority of capital, and article 17 thus goes against the original intention of its establishment. These problems show that the provisions of article 17 are too principled.

On the practical level, it is expected that article 17 will be more detailed on the application and voting procedures in the future. For a company, the most convenient and effective way is to include a clause in the articles of association that specifies in detail the application, voting method and voting procedure for the removal of a shareholder. Nevertheless, any clause should be within a reasonable range to achieve the removal of shareholders through the provisions of the articles of association. That is, it shall not go against the mandatory provisions of the Company Law. Through such a system, the interests of shareholders and the company can be ensured. 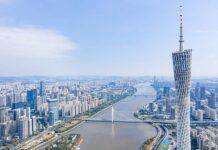