Spotify agreed to remove Saregama’s entire catalogue from its offerings in India. A large number of interested parties including broadcasters, labels, artists, and consumers will be affected by how these issues unfold.

Spotify and Warner were previously involved in protracted negotiations regarding the terms of the licensing agreement, but were unsuccessful in reaching a consensus. Instead of going through the voluntarily licensing route, Spotify decided to obtain a statutory licence through section 31D of the Copyright Act, 1957.

Section 31D was introduced by the 2012 Amendment to the Copyright Act, which enabled broadcasters to communicate to the public, a work that has already been published, after payment of royalty as fixed by the Intellectual Property Appellate Board (IPAB). It must be noted that, unlike the Patents Act in India, there is no requirement on the licensee to first try to obtain a voluntary licence over the subject matter from the copyright owner.

Although when this amendment was first introduced, the interest of radio broadcasters was kept in consideration while introducing section 31D, an office memorandum by the Department for Promotion of Industry and Internal Trade (earlier known as Department of Industrial Policy and Promotion, or DIPP) in 2016 extended the ambit of section 31D to include internet broadcasters.

The validity of this memorandum has been questioned time and again, as inclusion of internet broadcasters under the ambit of broadcasters per se clearly was an act of creative statutory interpretation, or a quasi-legislative act, by the then DIPP. The term “broadcast” is defined in section 2(ff), where it refers to “communication to the public”, whereas internet streaming services like Spotify or Youtube go beyond communication to the public as they also indulge in making available to the public and downloading (reproduction). They also get the option to reproduce the copyrighted work in the form of downloading and sharing.

A bare reading of section 31D makes it evident that it was drafted only with radio broadcasters in mind. For example, it makes it necessary that prior notice be given to the publisher about “duration and territorial coverage of the broadcast”. In view of this, section 31D may not be applied with respect to online music streaming applications like Spotify as the end consumer controls the music output.

Until now there has been no attempt by the legislature to distinguish between interactive (Spotify) and non-interactive (traditional broadcasters like TV or radio) mediums for giving compulsory licences. As section 31D only provides for a right to communicate to the public to be included in the statutory licence, if Spotify wins this case in court, it would also be receiving the rights to make available to the public along with reproduction rights, which was never the legislative intent in 2012.

When the amendment was introduced in 2012, the Indian FM radio sector was new and music labels and publishers were enjoying a dominant role by charging exorbitant rates for licensing of songs. As a result, the legislators felt the need to introduce an involuntary or compulsory licence scheme to balance the interests of copyright owners with the consumers and broadcasters.

However, in their zest to provide relief to FM broadcasters, the legislators perhaps overlooked a basic requirement of licensees first approaching the copyright owners for a licence, and only upon unreasonable demands or refusal by the owners can the licensee be allowed a compulsory licence. For example, in the US, the recently enacted Music Modernization Act (MMA) also provides for a compulsory licence. However, unlike section 31D, it is not given as a matter of right but the applicant is required to prove that the rights holder had acted unreasonably, and that there were clear attempts to negotiate on mutually beneficial terms. 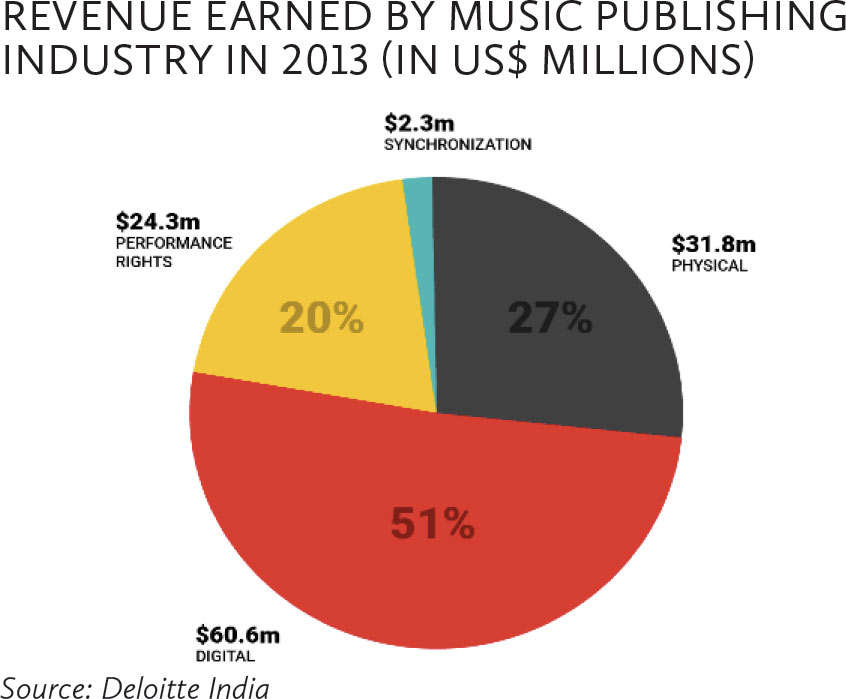 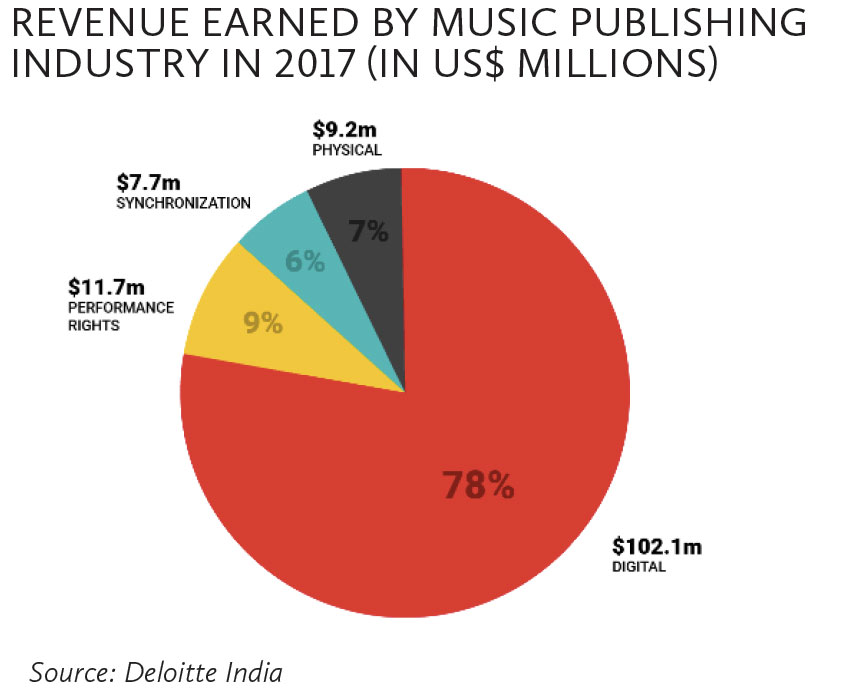 The music sector has changed considerably since 2012, especially in terms of the commercials and income distribution from various sources. The accompanying pie charts from Deloitte, on the Indian music industry in 2013 and 2017, show a clear shift towards digital consumption of music.

The online music apps/platforms now contribute around 78% of total revenue for the music industry. Hence, by invoking this statutory licensing provision, Spotify has prevented music publishers from negotiating rates for their major sources of revenue. In an attempt to help the music consumers, the said provision seems to fetter the rights of music publishers, content creators, composers and artists – copyright owners – which is the very premise of the Copyright Act. Further, compulsory licensing provision restricts the owner’s right to choose their contracting partner.

In the given scenario, section 31D is likely to be misused as a tool by service providers like Spotify, taking away a legitimate right of the copyright owner to negotiate on royalty or commercials for licensing its creation.

It is necessary that such exclusionary provisions be carefully looked into, since they are incredibly powerful and can lead to abuse of law against the inherent rights of the copyright owners. In such a case, the legislature may have to step in to provide further stipulations or defining conditions for allowance of statutory/compulsory licensing to strike a balance between the rights of copyright owners and the public interests at large.

MANOJ K SINGH is the founding partner and SAMRIDH AHUJA is an associate at Singh & Associates.