Southwest China was often considered underdeveloped and isolated, but buzzwords like “high-tech”, “big data” and “internet influencer economy” are now describing the region, and national firms are rushing to cash in on the newfound prosperity. Sha Miao reports

Comprising Sichuan, Yunnan and Guizhou provinces, Tibet Autonomous Region and the city of Chongqing, Southwest China is a rugged mountainous region that borders India, Pakistan, Myanmar, Laos and Vietnam. The difficult landscape has resulted in slower infrastructure development, which has historically restricted the growth of local economies.

Despite this, each of the provinces and cities in southwestern China, although often lumped together, bring their own specialties to the table and offer immense potential for growth.

Yunnan and Tibet are China’s gateways to Southeast Asia, South Asia and West Asia, while Sichuan is a bridge between the hinterlands and the more developed central China, Chongqing is a major financial hub along the Yangtze River, and the Guizhou Plateau has rich mineral and ecological resources.

On 17 May, the central government issued guidelines on advancing the development of western regions, an upgraded version of the development strategies implemented in the region starting back in 1999. The new guidelines have made “western development” a hot item again.

Sichuan and Chongqing are the stars of southwest China. Chengdu (the capital of Sichuan province) and Chongqing economic zones are developing rapidly, and have become the “fourth pole” of China’s economic growth, alongside the three major economic “poles” of the Yangtze River Delta, Pearl River Delta, and Beijing-Tianjin-Hebei region.

In November 2017, Chengdu set up a multi-channel network (MCN) Industrial Park, which aims to attract MCN agencies and We-media platforms that create content. Jiemian News, a finance news platform, reports there were about 200 MCN agencies and subsidiaries in Chengdu in 2019.

However, Liu says the internet influencer economy has, however, given rise to many compliance issues, including celebrity intellectual property (IP) protection, consumers’ rights, and third-party e-commerce platforms.

Li Lu, a senior partner at Jincheng Tongda & Neal’s Chengdu office says Sichuan “has competitive advantages in the TMT industry”. Top firms like Alibaba, Baidu, Kwai and iQiyi have settled in Chengdu, focusing on areas such as 5G communications and artificial intelligence (AI).

Biomedicine is also a sector that Sichuan lawyers are optimistic about. With the solid research background of the West China Hospital of Sichuan University, Chengdu has set up research centres for clinical research on drugs and medical services, and global production of biotech medicines.

Sichuan and Chongqing are not only connected geographically and culturally, but also in economic and social development. In October this year, the central government issued the “Outline of the Construction Plan for Chengdu-Chongqing economic circle” to further promote the opening up and co-operation between the two provinces.

“The establishment of the strategy of Chengdu-Chongqing economic circle will boost the integration of the legal markets in both cities,” says Eagle Yang, a partner at Zhonghao Law Firm’s Chongqing office.

Chongqing is an important automobile production base in China, with a relatively complete supply chain. Despite being hit hard by the pandemic, and some small carmakers closing down, lawyers are optimistic about the prospects for the industry. 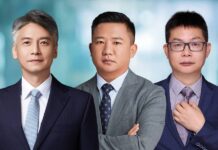 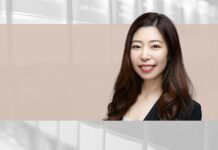