It is important to understand this payment process, the consequences of failing to pay, and the refund process in the event of withdrawing from arbitration.

Pursuant to article 41.1 of the 2018 HKIAC Administered Arbitration Rules, the HKIAC shall – as soon as practicable after receiving the Notice of Arbitration by the respondent – request the claimant and respondent to each deposit an equal amount, representing the full amount of administrative fees, and an advance for the arbitral tribunal’s fees and expenses.

This practice ensures that the HKIAC holds sufficient funds at the initial stage of arbitration to cover its administrative fees and the tribunal’s fees and expenses, if any, even if the parties reach an early settlement.

It is necessary to charge the full amount of administrative fees as part of the initial deposits because the majority of the HKIAC’s work is done at the initial stage, namely from commencement of arbitration to constitution of the tribunal.

During the course of arbitration, the HKIAC may request the parties to make supplementary deposits. Administrative fees may be increased in the event of, for instance, consolidation of arbitrations, the joinder of additional parties, and amendments of claims and counterclaims.

Payment must be made in Hong Kong dollars and can be made by cheque drawn to the Hong Kong International Arbitration Centre, or by bank transfer. The account details are available on the HKIAC’s webpage: https://www.hkiac.org/arbitration/fees.

Pursuant to article 5.4 of the above-mentioned rules, provided that all deposits requested by the HKIAC have been paid, it shall transmit the case file to the arbitral tribunal. If one party deliberately stalls or refrains from paying the deposits, the arbitration proceedings may be delayed.

Pursuant to article 41.5 of the rules, the arbitral tribunal may, at the request of the paying party, make an award for reimbursement of the payment.

Pursuant to article 41.6 of the rules, any unexpended balance shall be returned to the parties according to the shares they paid, or as otherwise instructed by the arbitral tribunal.

The HKIAC has published two Practice Notes on Costs of Arbitration, which provide for varying levels of discount on administrative fees based on the stage of arbitration at which settlement is reached. The following discount percentages generally apply in the event of withdrawal or termination of arbitration:

These percentages again reflect the fact that a large part of the HKIAC’s work is done at the early stage of arbitration. Different percentages may apply on considering the circumstances of the case, including duration of arbitration, amount of correspondence, and the number of procedural or appointment-related decisions made by the HKIAC.

Three examples of the HKIAC’s determination of its administrative fees are listed below:

In respect of the other two cost components, the HKIAC’s registration fee is a one-time payment of HKD8,000, which is generally non-refundable.

As for the arbitral tribunal’s fees and expenses, the rules provide for a twin-track regime for calculation, giving parties a choice between being determined on the basis of the amount in dispute or the arbitrators’ hourly rates.

These fees and expenses are also paid by way of deposits, and the above-mentioned reimbursement mechanism equally applies to these deposits. In addition, the rules also contain provisions on security for costs and third-party funding.

In summary, these rules are designed to ensure transparency and flexibility in the fee structure of HKIAC arbitrations, and reflect the HKIAC’s commitment to reducing arbitration costs and providing predictability to participants.

Yu Zijin is a legal assistant at HKIAC 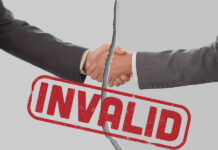 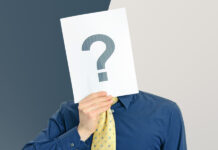 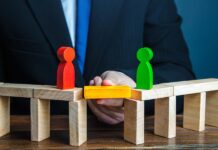