As companies come into existence only through statute, and their powers and those of their officers are similarly derived, documents and their proofs are vital when companies are involved in litigation. It is essential to understand the distinction between public and private documents, as drawn by the Indian Evidence Act, 1872 (act). Public documents are produced from entries in public records or books or are available with permission. Private documents are all other documents, such as emails, letters, agreements and contracts held by the parties to the dispute.

Confusion arises when a private document is lodged with a public officer. In Narattam Das & Ors v Md Masadharali Ali Barbhuiya & Ors, the Gauhati High Court held that public documents are those required to be kept in the discharge of a legal duty as evidence of something written, said or done. A private document is regarded as a public document under section 74(2) of the act only if it is filed and a public official keeps it in the discharge of their duties.

In adducing a private document, the party relying on it must prove by direct or circumstantial evidence that it is a genuine document (Oriental Fire & General Insurance Co. Ltd., Chandigarh v Chandrawali). That party must produce the original document or adduce sufficient evidence to satisfy section 65 and admit a copy into evidence. The best evidence is that of the person executing or making the document but circumstantial or expert evidence may suffice. The acceptance of the document into evidence does not automatically prove the truthfulness of the contents and the other party may challenge this in the usual way.

Proving public documents is simpler. Under section 76 of the act, the custodian of the document may supply a party with a certified copy and, under section 77, such a copy may be admitted into evidence to prove the contents of the original. No oral or other evidence need be led as section 79 provides a presumption of the genuineness of a certified copy, as was upheld by the Supreme Court in Jaswant Singh v Gurdev Singh. This provision, however, does not apply to public records of private documents.

Section 35 of the act provides that any entry in an official book, register or record, electronic or otherwise, by a person in the discharge of their official duties, stating a relevant fact, is itself a relevant fact. This applies also to records made outside India. Proof of the record may be adduced by certified copies or by calling secondary evidence.

Adducing documents and proving their contents is complicated, particularly in the case of private documents. Courts no longer tolerate the informal lodging of documents during trial. This is especially important for companies, where the authority for the company to take a course of action must be proved by board resolutions and minutes. The company must adduce evidence of each step that it and its officers took. These steps should be evidenced in writing. The opposite party should be asked early in the case to agree in writing to admit documentary evidence.

Kshitiz Khera is an associate partner at HSA Advocates. 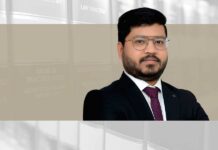 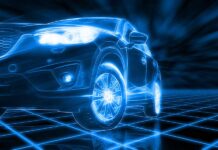 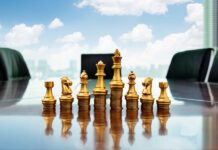