In the past few decades, South Korea’s economy has undergone a dramatic shift. One of the most digitalised and advanced nations, the country has been transformed into a technological powerhouse thanks to large conglomerates and government efforts to leverage startups to create disruptive innovation. As the so-called Fourth Industrial Revolution progresses, the delicate balance between large corporations and new startups will become increasingly important.

However, the country has not always welcomed startups. This recent development is due to government support schemes like the tech incubator programme for startups, which matches promising startups with government funding. In 2021, venture investments in South Korean startups grew 78% year-on-year to KRW7.7 trillion (USD5.9 billion), according to the Ministry of SMEs and Startups... (Read more)

Globalisation seems like a clichéd term that has been around for some time. However, it is still very much alive because it is a phenomenon that continues to evolve. Whether companies have already made investments or are making new investments abroad, tax laws are constantly changing in response to the evolving practices of globalisation. … (Read more)

South Korea and India have significantly strengthened their economic and geopolitical ties in the past decade. In 2009, the countries entered into a bilateral Comprehensive Economic Co-operation Agreement to propel trade and investment, protecting investors against unlawful appropriation of investment and non-discriminatory treatment, with a choice of dispute resolution platform. As of March 2022, South Korea is one of India’s largest foreign investors, with total foreign direct investment (FDI) of more than USD5 billion... (Read more)

India has emerged as a preferred choice of foreign direct investment (FDI) and is likely to become a top destination for inflow in coming years, as signalled by the Confederation of Indian Industries and EY in a 2020 survey titled “How can India step up its game?” (Read more) 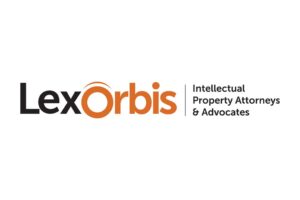 No one likes the idea of having to dispute outside one’s known territories. However, when a corporation takes on a global footprint, it needs to anticipate being dragged into litigation in unfamiliar waters. In this briefing, the authors present a snapshot of navigating disputes in India... (Read more)

Mozambique is earning attention from investors due to its abundant natural resources, including massive natural gas reserves, mineral deposits and potential for renewable energy. Many international players in the extractive industries, including TotalEnergies, Eni, ExxonMobil, Syrah Resources, Rio Tinto and Kenmare are active in the country… (Read more)

Nigeria is among the most promising areas of growth in Africa and attracts numerous investors in the hydrocarbons, shipping, energy, mining, agro-allied, manufacturing and infrastructure sectors. It is a federation of 36 states and one federal capital territory. Each of the states is a semi-autonomous political unit that shares power and foreign direct investment (FDI) … (Read more)

Amid challenges from the pandemic, the Philippines remains an attractive option for foreign investors due to its strategic location and world-class pool of talent. The sprawling nation of more than 7,100 islands ranks as one of Southeast Asia’s favoured investment destinations, attracting over USD2.44 billion of foreign direct investment in the first quarter of 2022 alone... (Read more)