In the past few decades, South Korea’s economy has undergone a dramatic shift. One of the most digitalised and advanced nations, the country has been transformed into a technological powerhouse thanks to large conglomerates and government efforts to leverage startups to create disruptive innovation. As the so-called Fourth Industrial Revolution progresses, the delicate balance between large corporations and new startups will become increasingly important.

However, the country has not always welcomed startups. This recent development is due to government support schemes like the tech incubator programme for startups, which matches promising startups with government funding. In 2021, venture investments in South Korean startups grew 78% year-on-year to KRW7.7 trillion (USD5.9 billion), according to the Ministry of SMEs and Startups.

Following the UN Conference on Trade and Development’s reclassification that leveraged South Korea’s status as a developed economy last year, the country has put all its efforts into maximising export products once the world reopens, post-pandemic. The government shifted its priority to developing more advanced hardware for automotive, electronics, steel, mobile devices and semiconductors, among other industries, bolstering its collaboration with the industries’ leading players.

According to the Ministry of Economy and Finance, South Korea’s outbound investment in 2021 increased 32.8% from the previous year to a record high USD75.9 billion. Regardless of the unprecedented pandemic that began in 2019, South Korean firms’ foreign direct investment (FDI) is continually increasing. The country’s outbound FDI in 2021 was more than double the USD29.5 billion inbound investment into the country the same year.

Because of a dramatic decrease in birth rates and the inevitable population cliff, South Korean firms will strive to broaden their reach to foreign countries. Consequently, FDI will become more and more important.

US President Joe Biden chose the Samsung chip complex in Suwon city as his first stop when he visited South Korea in May this year. Samsung is scheduled to invest USD17 billion in Texas to build a new chip fabrication plant. Hyundai also pledged at least USD10 billion in investment in the US for electric vehicles, batteries and related technology. Another conglomerate, SK, paid USD410 million to buy a stake in a Vietnamese conglomerate and is going to invest USD52 billion in the US by 2030. These investment plans showcase how robustly South Korean companies are planning to increase FDI.

It is a great honour to write a foreword yet again for the Korea Outbound Investment Guide 2022 edition. I am also very pleased to see that Asia Business Law Journal is unwaveringly committed to helping the FDI of South Korean companies.

It is remarkable that Asia Business Law Journal is about to update the Korea Outbound Investment Guide in collaboration with prestigious law firms around the world to keep pace with the recent environmental changes in FDI. Many South Korean companies have been eager to have legal guidance to help them make sound and well-informed decisions on their investments. I sincerely wish that this guide will play the role of a compass for these firms and contribute to the prosperity of not only Korean companies investing abroad but also the countries that receive FDI from these companies. 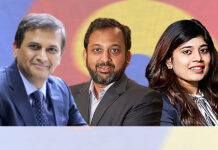 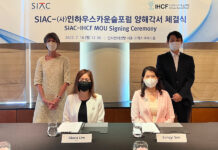 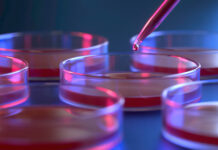 Tax benefits have been known to draw digital asset managers in Singapore to structure their funds in Jersey, and the latest developments offer even greater advantages
The global climate pledge has fuelled the country’s ambition to adopt environmentally friendly technology, and everyone is invited to join
The interim chair of the Philippine Competition Commission shares key priorities