Section 2(1)(ja) of the Indian Patents Act, 1970 defines inventive step as “a feature of an invention that involves technical advance as compared to the existing knowledge or having economic significance or both and that makes the invention not obvious to a person skilled in the art”.

In F Hoffmann La Roche v Cipla, referring to Bishwanath Prasad Radhey Shyam v Hindustan Metal Industries and other foreign rulings, the court identified the skilled person as “a person who practises in the field of endeavour, belongs to the same industry as the invention, possesses average knowledge and ability, and is aware of what was common general knowledge at the relevant date”.

However, current law limits the assessment of inventiveness to an objective examination of the invention against the scope of relevant art to analogous prior art, and reliance is made on this to argue against combinations accused as rendering the claims obvious. There is no consideration of any true or actual circumstances under which an invention was made (e.g., the amount of time and resources used by the true inventor) or whether an invention is made by a human being using AI technology – or autonomously by AI.

The Indian Patents Act does not explicitly define the expression “inventor”, and instead, permits inter alia the person claiming to be the true and first inventor, and the assignee of such a person, to file a patent application. Therefore, to understand the meaning of inventorship, we again have to rely on judicial expositions. In VB Mohammed Ibrahim v Alfred Schafranek & Ors and Shining Industries v Sri Krishna Industries, the courts ruled that an inventor must provide technical contribution and be a natural person. In National Institute of Virology v Vandana S Bhide, the IPO ruled that a pair of hired hands cannot claim inventorship and, to be named as an inventor, such a person must have made some intellectual contribution to achieving the final results of research work leading to a patent. Thus, it is clear that none of these cases contemplated an inventorship claim by a third category of a person, i.e., an artificial one.

There may be some justification in arguing that a machine ought to be recognised as an inventor if it provides a technical contribution that is material to patentability. However, the question remains, if something is artificial in itself, how can it own a patent?

The issue of inventorship also, generally, affects two other essential rights that lie in the underlying invention, namely, the right to apply and own. Under the act, any person (natural or legal) other than the named inventor who applies for a patent must prove that he is entitled to do so through a valid contract that can be reduced to writing and duly executed.

Therefore, it would appear something artificial can’t own a patent, and something that is not artificial is well covered under the present statute. The doctrine of unjust enrichment would be defunct if AI starts getting the benefits from patents. For example, a company that makes a robot can seek patent of that robot, but the robot cannot seek a patent if it develops another robot based on AI. In that case, the inventiveness of the second robot will be covered by the company’s patent for the first robot. If the robot were to be allowed to claim a patent on its invention, it would lead to absurdity, chaos and other complex issues.

Given the progress in AI, it would seem appropriate to adjust the legal provisions and examination guidelines by defining the term artificial in the statute and make it more compatible with the assessment of inventiveness for future technical developments. 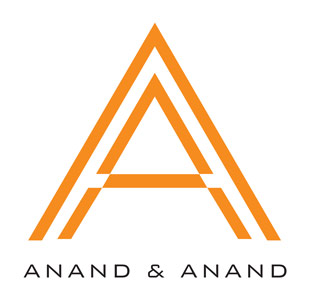 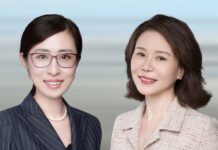