South Korea’s meteoric rise into an economic power and one of Asia’s premium developed nations is one built on the hard work, dedication and determination that has become emblematic of the country’s business culture.

The country’s businesses, led by mega-conglomerates known as chaebols, are now household names globally. From ships and cars to TVs and smartphones, Korean brands have managed to earn people’s trust at home and abroad.

The global nature of Korean businesses, be it Samsung, LG, Hyundai, SK Group or Lotte, makes them some of the most sought-after investors. Countries are keen on attracting their capital and expertise, and their ability to build high-tech products that are both popular and of best quality.

The manufacturing sector was the nation’s largest, accounting for 32.3% of Korean total outward FDI in 2018. Financial services and insurance, mining and quarrying, and wholesale and retail trade sectors accounted for 18%, 14.3%, and 11.6%, respectively, in the same period.

As many economies start to reopen, South Korean companies are racing to expand their global outreach. According to figures released by the country’s Ministry of Trade, Industry and Energy, exports have jumped 39.7% year-on-year in June, reaching the third-largest value on record, at USD54.8 billion. It also showed that exports in May surged 45.6% on the previous year, the sharpest expansion in 32 years, with semiconductors and vehicles making the top products and signalling a robust demand globally.

In May, the government unveiled an ambitious plan to spend USD450 billion to establish the world’s largest semiconductor supply chain by 2030, joining a global competition to dominate in this key technology.. … (Read more)

Globalisation seems like a clichéd term that has been around for some time. However, it is still very much alive because it is a phenomenon that continues to evolve. Whether companies have already made investments or are making new investments abroad, tax laws are constantly changing in response to the evolving practices of globalisation. … (Read more)

The progression of foreign investment in India has made it a quintessential place for foreign investors, made possible largely due to investor-friendly regulatory reforms, availability of low-cost skilled labour and vast expanse of opportunities in the Indian market. South Korea has emerged as one of the largest contributors of foreign direct investment (FDI) in India.… (Read more)

The disputes landscape for foreign investors in India

India has a robust legal system where commercial disputes are generally settled by litigation before the courts, or through arbitration. What are the common areas of dispute and non-compliance that any South Korean investor should be aware of when planning to invest in the country, and what remedial action is available within the legal framework? … (Read more)

Nigeria is among the most promising areas of growth in Africa and attracts numerous investors in the hydrocarbons, shipping, energy, mining, agro-allied, manufacturing and infrastructure sectors. It is a federation of 36 states and one federal capital territory. Each of the states is a semi-autonomous political unit that shares power and foreign direct investment (FDI) .… (Read more)

Brief guide to FDI in the Philippines

Bangko Sentral ng Pilipinas, the central bank of the Philippines, recently reported that foreign direct investment (FDI) in the country increased by 41.5% in January 2021 to USD961 million from USD679 million in January 2020. A 116% surge in FDI net inflows stemmed mainly from foreign companies’ loans to local affiliates … (Read more)

Taiwan is an important R&D centre in Asia and plays a key role in the global supply chain. When considering an investment in the jurisdiction, IP is a crucial intangible asset for which advanced planning is necessary. The major laws in the IP field include the Patent Act, the Trademark Act, the Copyright Act, and the Trade Secrets Act … … (Read more)

Overview of arbitration and dispute resolution in Taiwan

At first blush, the mechanisms in place for dispute resolution in Taiwan – including arbitration, mediation and litigation – are not so different from those in place in other civil law jurisdictions. However, some practices in Taiwan do deviate, so local nuances should be noted and considered. …… (Read more)

Investment incentives and setting up business in Taiwan

South Korea was the biggest foreign investor into Thailand in the first quarter of 2021, accounting for more than THB10 billion (USD314 million) or 17% of total foreign investment in the country, according to Thai government data. While this ranking might prove temporary, it illustrates that South Korean companies see Thailand as an attractive destination to set up businesses.… (Read more) 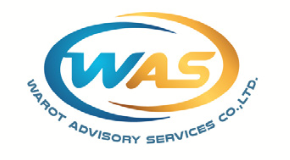 When investing in Vietnam, there are many things that South Korean investors take into consideration such as cheap and educated labour, the domestic market and benefits under international trade agreements. In this regard, it seems the investment protection mechanism provided to investors under various investment protection agreements (IPAs) is easily overlooked.… (Read more)

A spate of high-stakes legal victories means the fantasy sports format is here to stay, but there is still much to be done to stabilise the industry
Survey reveals different perspectives on health of legal market
NFT reignites artists’ resale rights debate