The gatekeepers to China’s capital markets are under the microscope via a comprehensive registration system that takes no prisoners. Yu Xiao reports

In China, the pace of comprehensive implementation of the stock offering registration system is accelerating. Under the comprehensive registration system, the duties of “gatekeepers” are becoming increasingly crucial, as their reviews of, and judgments on, the truthfulness, accuracy and completeness of corporate information disclosures have a direct impact on the quality of listed companies, and in turn investors’ interests.

Regulators perform a formal, but not substantive review on listing documents, while intermediary agents, the “gatekeepers” of the capital market, must shoulder the chief responsibility. Intermediaries include: securities companies, serving as the sponsor, underwriter, or placing agent; law firms, legal counsel to the issuer and fellow intermediaries; reporting accountants, auditors of financial records; and asset appraisers, financial printers and depositaries.

With recent stricter regulation steadily driving the rule of law in China’s capital markets, intermediaries must step up to fulfill their weightier roles.

‘FEIGNING SLEEP’ NOT AN OPTION

With intensifying capital market regulation, the legal responsibilities of intermediary agents, as gatekeepers in securities offerings, have increased.

Liang Qifeng, a part-time Master’s degree tutor at the Law School of Central University of Finance and Economics in Beijing, observes that the increasing burden on intermediaries in capital markets can be divided into two aspects: (1) solving historical problems by intensifying law enforcement and stringently cracking down on illegal and criminal acts that already exist in the market; and (2) regulating ongoing development by improving the development of legal systems and law enforcement capabilities, and implementing the rule of law in, and normalisation of, the responsibilities of intermediary firms.

“In the civil and administrative securities false statement cases during the past year or so, intermediary firms have inevitably been unable, in basically every case, to evade becoming the targets of punishment, and defendants in administrative penalties or civil damages,” says Liang.

In August of the following year, the China Securities Regulatory Commission (CSRC) found that Wuyang Construction had committed a fraudulent bond issue and imposed administrative penalties. The auditor for the bond issue, Wuyige Certified Public Accountants, and the lead underwriter, Topsperity Securities were also penalised. Subsequently, investors sued the intermediary firms in question for joint and several liability, with the court ultimately rendering a judgment that the intermediary firms, including AllBright Law Offices, were jointly and severally liable for damages. According to a Securities Daily report, AllBright paid out about RMB37 million.

“The judgment in the Wuyang bond case has had a strong deterrent effect on practitioners in securities houses and other intermediary firms, and the enhanced awareness of risk liability, in companies and among employees, is genuinely palpable,” says one individual who works in a leading domestic securities house. 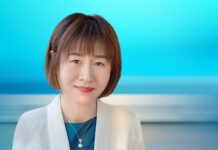 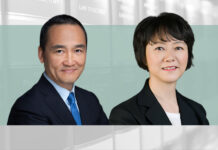