London’s commercial set of chambers, Twenty Essex, has hired Shin Hi-taek as a full-time arbitrator to reside in and accept appointments from Seoul.

Shin has been the chairman of the Korean Commercial Arbitration Board’s (KCAB) international division since its establishment in 2018.

He is a professor at Seoul National University School of Law, teaching international business transactions and investment dispute settlement arising from cross-border transactions.

He was also the chairman of the Korea Trade Commission from 2016 to 2019. Until 2007, he was a partner at Kim & Chang, specialising in cross-border transactions.

Shin has expertise in complicated disputes in the energy, infrastructure, construction projects and defence industries, and has been appointed as a sole presiding and co-arbitrator in international commercial arbitrations under the rules of major international arbitral institutions.

“Professor Shin’s outstanding reputation and international practice is an excellent fit with chambers, combining expertise in international arbitration and commercial litigation across various sectors, including energy and infrastructure,” said Matthews. 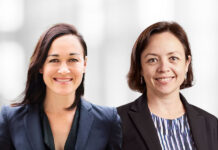 How Japan is keeping its data protection regime sharp
What will the new government in Philippines mean for businesses?
Women lawyers share their passion for the profession