Shareholders’ agreements and the articles of association are in a specific sequence along the timeline of the establishment and operation of a company. Before a company is incorporated, the shareholders conclude the agreement and commence on the establishment of the company based on this, while the articles are signed and filed with the registration authority when the company is being established, setting out guidelines for the operation of the company and the behaviours of related parties.

Noteworthy is that although the articles are signed later, they do not necessarily supersede the agreement in validity, and it is inappropriate to deem that the incorporation of the company ends the validity of the agreement. Regarding issues neither performed nor included in the articles, the agreement shall be construed to remain in force to the signing parties and serve as a legal basis for the resolution of relating disputes.

In terms of the range of validity, as per the Company Law, the articles bind the company, shareholders, directors, supervisors and senior officers, but the agreement is a voluntary contract between and among the shareholders, and follows the principle of privity, which means it is only effective among the signing parties.

Searching by keywords “articles of association”, the author has retrieved 41 judgements pertaining to the articles from cases concluded by the Guangdong High People’s Court in 2018, with 20% being attributable to disputes arising out of differences between the agreement and the articles.

The author observes that, in these cases, when the agreement conflicts with the articles, provided that the agreement is legally binding, the first step is to see whether the signing parties have agreed upon how to deal with the difference, e.g., whether there is a clause stating that “this agreement shall prevail in the case of a conflict between this agreement and any other documents”. Such an agreement, if any, will be followed. Otherwise, the resolutions of the three types of disputes are as follows.

In a case where there is an issue covered in the agreement but not in the articles, considering that the validity of the agreement does not end with the establishment of the company, the shareholders still need to comply with it, and the observant party has the right to demand performance of obligation from other shareholders. The court will not support claims that the performance shall be rescinded because the underlying obligation is not stated in the articles in the case that the obligation has already been fulfilled.

If the articles have provided for specific issues that the agreement has not, the preceding rules apply, which means the majority shareholders shall not abuse their dominance in prejudice of the rights and interests of minority shareholders. The articles undoubtedly bind upon and shall be complied with by the shareholders.

Yang Chaonan is an associate at ETR Law Firm. Qin Guoxin, a paralegal at ETR, also contributed to this article. 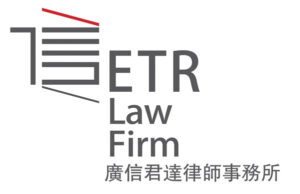