As a growing number of listed companies seek to revamp their creditor-debtor relationships through bankruptcy, prior listing rules at both Shanghai and Shenzhen stock exchanges have become inadequate for guiding bankruptcy-related operations.

On 31 March 2022, both exchanges respectively released the Self-regulatory Guideline – Bankruptcy and Reorganisation, which are highly similar and will be analysed in this article as one. The guidelines mainly set out rules in the aspects of information disclosure, reorganisation investment, and equity trade for listed companies in the process of bankruptcy.

The guidelines should apply to all listed companies carrying out bankruptcy. For companies going through pre-reorganisation, or where the bankruptcy of any controlling shareholder, largest shareholder, subsidiary or investee of the listed company threatens to materially affect the value of its securities, the guidelines should also be referred to.

In an administrator-supervised bankruptcy, information should be disclosed per regulations by the board of directors, board of supervisors and senior management, while administrators are responsible for timely informing them of related matters and supervising the implementation.

Information disclosure can be triggered by:

Other than via open solicitation, listed companies, after disclosing reason and rationality, may identify reorganisation investors by having the administrators identify candidates and negotiate with them.

In terms of converting capital reserves into shares, the guidelines provide that the price of the transferred shares may be lower than 80% of the closing share price on the day of signing the investment agreement, or the most recent trading day. Listed companies, however, should nevertheless engage financial advisers for their professional opinion.

The guidelines shed light on the vote percentage and abstention requirements for voting on equity adjustments. Adjustments to equity of contributors and other matters crucial to shareholders’ rights must be approved by attending contributors representing more than two-thirds of the voting rights. If the introduced investor is a related party to the company’s controlling shareholder, actual controller, or any shareholder with more than 5% of shareholding, director, supervisor or senior management, such personnel should abstain from voting.

When going through bankruptcy, listed companies should strive to avoid trade suspension. Applications may be made to the stock exchange if suspension is imperative, which in principle should not last longer than two trading days, extendable to five if necessary.

Where the reorganisation plan triggers the obligation of mandatory solicitation, and does not constitute any scenario under the Regulations on the Takeover of Listed Companies that exempts solicitation, the listed company should timely issue invitations.

Upon completion of the reorganisation plan, if the listed company does not have any controlling shareholder or actual controller, the largest shareholder should likewise commit to a 36-month restriction period. Other reorganisation investors should undertake to not transfer their shares within 12 months of obtaining such shares.

Wang Zhenxiang is a partner at Jingtian & Gongcheng 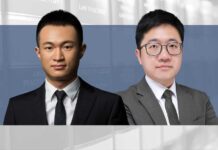 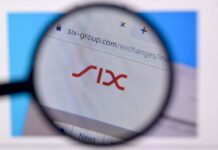 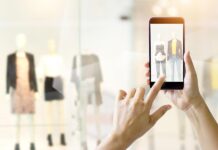