With the successive promulgation of the Civil Code and its judicial interpretations, and the general implementation of the Minutes of the National Courts’ Civil and Commercial Trial Work Conference in judicial practice, the adjudication approaches and standards in banking-related disputes became increasingly aligned in 2021. In this context, based on trending issues in the banking industry inciting wide public concern in 2021, the authors have selected certain model cases tried by the Supreme People’s Court (SPC) to analyse the abbreviature of adjudication. The basic facts, focus of dispute, and application of the law for these model cases will be of significance to similar cases, especially with wide implementation of the Retrieval of Similar Cases system.

For example, in the 2021 financial borrowing contract dispute involving the Export-Import Bank of China, Ganjingzi branch of China Construction Bank and an ecological company, the SPC held that courts should strictly examine disguised and non-compliance fees charged by financial institutions. In the second-instance hearing of the case, evidence presented by the bank was deemed insufficient to prove it provided services independent from the syndicated loan and with substantive content, but showed it took advantage of its dominant position as the loan issuer to charge unreasonable fees, therefore the disputed fees were not supported.

Company’s external guarantee is not effective unless approved as a resolution, even with the official seal and signature of the legal representative. In bank loan services for corporate borrowers, in addition to requiring the borrower and guarantor to affix the official seal on the contract and their legal representatives to provide signatures, banks often also require from the borrower and guarantor a resolution from an internal authority about the loan and guarantee matters in accordance with the Company Law.

In past SPC adjudication rules, this provision was regarded as a regulatory norm and not mandatory. Providing the company’s official seal was fixed, the external guarantee was in principle considered valid. However, with the successive promulgation of the minutes, the Civil Code and related judicial interpretations, adjudication rules for companies’ external guarantee have undergone significant changes. In cases where the guarantee contract is only signed by the legal representative and affixed with the company’s official seal, but has not been approved as a resolution by the company’s shareholders’ general meeting, the board of directors or other corporate decision-making bodies, according to the current, recognised judgment criterion, the legal representative has overstepped his/her authority and the guarantee contract should be deemed invalid.

For example, in Hubei Runda Engineering Machinery et al v Xiamen XGMA Machinery (2020), the SPC held that the guarantee should not be solely decided by the legal representative, but must be authorised in the form of a resolution by the company’s shareholders’ general meeting, board of directors or other corporate decision-making bodies. The provision of a guarantee by the legal representative without due authorisation would be overstepping their authority. Therefore, the Letter of Third-party Guarantee in this case should be deemed invalid.

The analysed model cases and 2021 judicial opinions identify issues that banks often encounter in their operations. Through studying past cases, model cases in the SPC gazette and guiding examples, the authors hope to improve banks’ ability to anticipate, prevent and control such risks. 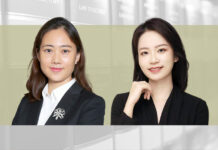 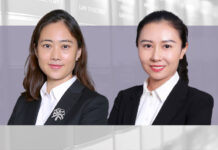