Questions over whether the internet should be regulated and if so, how have vexed governments for years, with India being no different. In 2021, the Information Technology (Intermediary Guidelines and Digital Media Ethics Code) Rules, 2021 (IT rules), were issued, introducing accountability for social media platforms and other internet intermediaries. It was soon evident that the IT rules were flawed, with social media platforms, journalists and others bringing constitutional challenges against them. The Ministry of Electronics and Information Technology recently proposed amendments to the IT Rules (draft rules) to address these deficiencies.

Two proposed changes, in particular, cause concern, first, content moderation by, and safe harbour guarantees for intermediaries, and second, grievance redress and government oversight. Under present law, intermediaries are neither required to review material submitted on their platforms nor do they have their own authority to detect and prohibit the hosting of infringing content. Their liability is limited to requiring users to agree to their posted terms and conditions, such as privacy policies and user agreements. This position has developed under existing IT rules 3(1)(a) and (b) read with section 79(2)(b) of the Information Technology Act, 2000 (IT act) and the decisions of the Supreme Court in Shreya Singhal v Union of India and the Delhi High Court in Kent RO Systems Ltd v Amit Kotak & Ors.

The draft rules propose new accountability demands on intermediaries by adding the phrases “and ensure compliance of the same” and “shall cause the user” in rule 3(1)(a) and rule 3(1)(b) respectively, requiring intermediaries to monitor and screen all user-provided content before it is posted or uploaded. This puts intermediaries in a dilemma. Under section 79 of the IT act, safe harbour guarantees are available only if the intermediary does not in any way interfere with the posting of content and merely hosts the platform on which the content is uploaded. If it interferes in any way, it will lose its entitlement to safe harbour. By requiring intermediaries to possibly monitor content, the draft rules negate the statute. Such a proposal is not likely to survive even a simple test of legislative drafting and may have to be abandoned.

The second controversial proposal is a modified grievance redress mechanism that requires complaints for the removal of content, which is patently false, infringes copyright or threatens the integrity of India, to be addressed within 72 hours. Under the present IT rules, this period is a more realistic 15 days. The intention appears to be to prevent such content going viral but it is unreasonable and impractical for intermediaries to deal with such complaints in this time frame given user traffic and the number of grievances likely to be made. A 72-hour window may result in intermediaries making rushed judgements, and perhaps removing content without proper examination merely on a complaint. Whatever action is taken, the probability of an intermediary making an inadvertent mistake increases exponentially in a high-pressure situation and might attract further liability. Intermediaries may lack the resources or competence to arbitrate allegations of infringement and to determine whether or not certain material should be removed.

The situation is further complicated by the draft rules proposing to create an appellate authority under the IT rules. A complainant dissatisfied with the decision of an intermediary can lodge an appeal with the Grievance Appellate Committee. The IT rules are unclear on such basic matters as the committee’s composition, which is largely made up of government representatives, members of the industry being practically absent, its jurisdiction and the procedures it will follow.

The draft rules seek to encourage and create a more “safe and accessible digital space for all Indians”. But behind this seeming governmental benevolence is an overenthusiastic regulatory state, as can be seen by the draft rules, that threatens to destroy constitutional protections of freedom of speech and expression. A sensible executive would draft amendments that are more in line with India’s democratic identity and constitutional promises. Even if these proposals are passed in their current form, they are unlikely to survive judicial scrutiny. 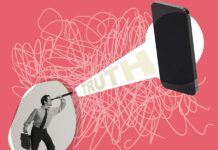 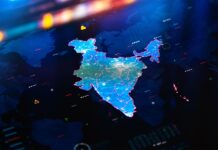 Application of per se rule can save the CCI time and costs while investigating anti-competitive behaviours
E-signatures get a boost during the pandemic with parties finding they speed up turnaround times for deals
Revealed: The top international law firms for India matters