When looking at Europe these days, the German economy stands out from otherwise murky waters, so it’s not surprising to see a growing interest from Chinese investors in acquiring German medium-size companies, the so-called Mittelstand, which are at the core of the economy. And the investment opportunities are widely available in areas such as automotive supply, the energy sector (including renewables), machinery, retail and others.

Most Chinese investors are active in the mid-cap market (companies with capitalisation between US$2 billion and US$10 billion). Businesses at this level are mostly privately held and often still owned by members of the founding family. Significant opportunities for investment arise if businesses were acquired by a private equity some time ago and are now up for sale again.

Often businesses are sold in so-called auction processes in which several potential buyers compete for the business. An auction process presents a particular challenge for a Chinese investor because it requires bidders to comply with tight deadlines and respond to quick changes in circumstances. But experience shows that if the investor is thoroughly prepared for the process and assisted by qualified advisors, the challenges are manageable.

Most Chinese investors prefer acquisition by way of share deals, as these are easier to manage after the acquisition. However, the legal framework gives investors the possibility to do simple asset deals as well as “virtual” asset deals, in which the assets to be acquired are spun off or otherwise transferred to a legal entity and the investor will ultimately acquire the shares in this entity.

What makes merger and acquisition (M&A) transactions more challenging these days is that the business will at times require some immediate restructuring, and in some instances even an acquisition out of an insolvency.

It is noteworthy that Germany has, effective from 1 March 2012, enacted an amendment of the insolvency law, which does not only affect actual insolvency proceedings “in court”, but also the often long-lasting phase of a “crisis”. In a nutshell, the new laws:

Among other important changes aimed to ease the process of a so-called self-administration (“debtor in possession”), the formerly unpredictable court selection process for an insolvency trustee is now, to a degree, entrusted to a creditors’ committee.

The new insolvency law is a response to a widespread pressure from Anglo-Saxon investors to modernise German insolvency laws, but it will certainly not dramatically change what is even today good practice. There are a few key points to keep in mind.

First, most German restructurings happen out of court. These days, they involve concepts like divestitures of non-core assets, the creation of shared service centres, and outsourcing (near and offshore). In these processes, most of the necessary restructuring will be handled in close co-operation with unions and works councils. These processes open a variety of very interesting opportunities for Chinese investors who keep in constant touch with intermediaries “on the ground” in Germany to identify them early on.

Second, even if a company nears insolvency, German and international banks will try to avoid a formal insolvency and most recently have trusted a so-called “trustee model”. Under this model, the business is handed over to a restructuring expert who will either restructure or sell the assets in the interest of the creditors. Here, too, it is important to liaise with specialised trustee boutique firms.

Third, if a company cannot be rescued, it is often better to wait until it has formally filed for insolvency and then negotiate with the insolvency trustee. Not only will this avoid the often difficult and technical issues arising in an out-of-court setup, but also German insolvency laws will trigger a fast-track procedure to do the necessary headcount restructurings in a timely manner.

Finally, note that a “creditors’ committee” will mostly involve the German social security agency, the German pension fund and workers representatives. It is important to connect with these constituencies early and work towards a sound restructuring approach that will then need to be embedded into the transaction process.

Burkard Göpfert is a partner of Gleiss Lutz. He can be contacted at +49 89 21667-224 or by e-mail at burkard.goepfert@gleisslutz.com 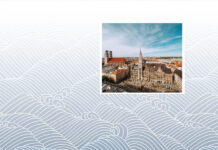 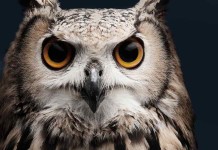