The telecom sector in India has shown impressive growth over the past decade. Observers charting the country’s progress in the sector have found that India has the fastest growth in the number of telecom subscribers, coupled with a steady decline in call rates in the field of telecommunications. The telecom sector has recently become one of the most significant sources of investment in India.

Taking such information into consideration, the Department of Industrial Policy and Promotion, Ministry of Commerce and Industry, and the Government of India increased the limit of foreign direct investment (FDI) in the telecom industry from 49% to 74%, through Press Note 5 (2005 Series) dated 3 November 2005.

Following a policy review, The Department of Telecommunications (DoT) established two committees to oversee the implementation of foreign direct investment in the telecom sector by various companies, especially with regard to guidelines concerning security. After resolving the issues, the government came up with Press Note 3, 2007 Series, which superceded Press Note 5 of 2005.

Although Press Note 5 of 2005 had enhanced foreign direct investment from 49% to 74% in the telecom sector, it had several limitations which subjected it to various controversies. The foremost criticism was that the majority of directors on the board of a company including the chairman, managing director and chief executive officer, would have to be resident Indian citizens. This clause came under severe scrutiny leading multinationals to question the rationale behind holding 74% in a telecom company in which they did not have the liberty to appoint a chairman, managing director or CEO of a foreign nationality.

Another drawback under Press Note 5 was the requirement for all telecom operators to locate their network monitoring centres within the country, restricting remote access to boundaries within India. This again generated criticism from multinational telecom companies, which would need to invest a considerable amount in the set-up of remote access centres within India, as opposed to utilizing their already existing large network monitoring facilities elsewhere in the world.

The revised guidelines under Press Note 3, 2007, allow telecom companies to extend their remote access to certain locations outside India, but via the approved locations within India. Such authorization however, would only be granted by the government in consultation with appropriate security agencies.

Press Note 3 of 2007 has expanded the definition of “indirect foreign holdings” by including proportionate investments made by a foreign entity in a telecom company through mutual funds, trusts or a holding company. In any case, the Indian shareholding would not be lower than 26%. Henceforth, “indirect foreign investments” shall refer to foreign investments in the companies holding shares of the licensee company and their holding companies, or legal entities (such as mutual funds, and trusts) on a proportionate basis.

However, these ventures are subject to certain specified conditions.

It has also been clarified that foreign direct investment of up to 49% will continue to work through the automatic route. Foreign Investment Promotion Board (FIPB) approval shall be required for FDI in the licensee company, Indian promoters, and investment companies, including their holding companies, if there exists a bearing on the overall ceiling of 74%. While consenting to the investment proposals, FIPB will also ensure that investments from countries of concern or unfriendly entities are denied. It has also been clarified that FDI shall be subject to the laws of India rather than the laws pertaining to a foreign country.

New forays in the telecommunications industry from overseas players will contribute positively to India’s economic condition, priming it for more activity and further developments in the future. 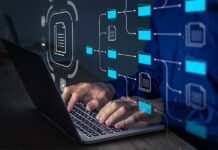