The plants are modified in a laboratory to enhance desired traits such as increased resistance to herbicides, or improved nutritional content. Genetically modified (GM) brinjal or aubergine, has the Cry1Ac gene from bacillus thuringinesis (Bt) that makes it tolerant to fruit and shoot borers – pests that attack it throughout its life cycle.

The Bt gene has been isolated and developed by the US agricultural multinational Monsanto. The same gene has been employed by its Indian partner Mahyco in developing Bt cotton and other transgenic crops like Bt brinjal in India.

The court is to decide whether the company conducting field trials can keep the data on health and environmental safety tests out of the public domain, on the grounds that the information generated is a trade secret.

The data in question comprise toxicity and allergenicity studies and were submitted by Mahyco to the Department of Biotechnology for regulatory clearances.

Environmental agency Greenpeace sought access to the data under the Right to Information Act, 2005, from the Department of Biotechnology but the request was denied on the grounds of proprietary rights on the data and consequential commercial interests.

More specifically, the request was refused because the data included “commercial confidence, trade secrets or intellectual property, the disclosure of which would harm the competitive position of a third party”.

The CIC believed that the data would not be exploited for commercial purposes and were requested in order to ascertain the risks that transgenic crops pose, particularly at a time when open-air field trials were being undertaken across the sub-continent.

The Department of Biotechnology did not deny the environmental agency access, but cited difficulty, explaining that the data could not be provided due to the length of the records which cover thousands of pages.

After being petitioned for a second time, the CIC noted after going through the Environment Protection Act, 1986, that “genetically engineered organism[s] or cells are recognized by the government as an item potentially hazardous to public health.

It automatically follows that full compliance with these rules is a matter of public interest.”

This led Mahyco to move to the Delhi High Court, which passed an interim order allowing the CIC decision until a later hearing of the case.

While Greenpeace says that the disclosure of the data on safety regarding the use of genetically modified brinjal is in public interest, Mahyco is keen to nullify the order passed by the CIC instructing the Department of Biotechnology to release data on the safety tests.

Mahyco’s argument for withholding the information is premised on the intellectual property rights included within it.

The seed company claims that the data contain vast patentable information and should therefore be considered its intellectual property.

This case has been explored as a classic example of commercial interest competing with the public interest, which could set at rest many undecided issues over biotechnological inventions in the field of agriculture and the biosafety of genetically modified food crops.

This case may potentially set an important precedent with respect to trade secrets and intellectual property rights.

The biosafety of genetically modified food crops is a matter of great concern.

Neither individuals nor organizations can afford to contribute to the genetic pollution of biodiversity.
The unresolved question now is how the court will balance an inherent trade secret as argued by Mahyco, with the public interest, which deserves equal consideration. 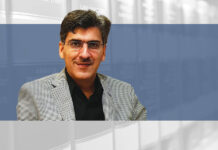 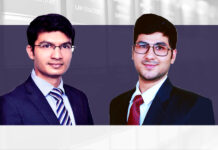 The markets regulator has begun the process to move away from the broad concept of promoters
India’s top lawyers and legal icons
The government is keen to support the growth of online trade, but its draft e-commerce rules could have the opposite effect.