Lisbon-based firm CCA Advogados has opened its first overseas office, in Shanghai, making it the first Portuguese law firm with a presence in mainland China.

The firm is to share an office with Belgian firm De Wolf & Partners and Swiss firm Bonnard Lawson.

CCA’s Shanghai team will initially consist of two lawyers – partner Domingos Cruz, who will move to China at the beginning of 2011, and associate Fernanda Lomenso, who is already in China.

“Our role in Shanghai is fairly simple. We believe that we can be enablers in the flow of business between China and the jurisdictions where we can provide added value,” said Cruz, referring to Brazil, former Portuguese colonies in Africa and Spain.

He said that an important reason drawing his firm to Shanghai is the growing trade ties and cross-border investment China has with Europe, South America and Africa, adding that Chinese companies are increasingly interested in expanding and investing in Spain and Portugal, as well as in Brazil and Angola.

Cruz explained that CCA first got involved in the China market when it helped its client TIM w.e., a Portuguese new media marketing and sales company, with the acquisition of two Chinese companies two years ago. (King & Wood provided local law support.) CCA has also been involved in the incorporation in Shanghai of some wholly foreign-owned enterprises.

CCA’s news follows the announcement in October by PLMJ, Portugal’s largest law firm, that it has teamed up with Dacheng Law Offices to offer services on an exclusive basis in Portugal, Angola, Mozambique and Cape Verde in return for similar services in mainland China, Taiwan and Singapore.

Earlier, another Portuguese firm, Morais Leitão Galvão Teles Soares da Silva & Associados (MLGTS), announced the establishment of a formal alliance with Macau-based MdME, which will join the MLGTS Legal Circle of associated firms. MLGTS already has a similar alliance arrangement with Brazil’s Mattos Filho Veiga Filho Marrey Jr e Quiroga, with which it works increasingly closely, and the firm has announced that it is looking to expand its operations in Angola and Mozambique. 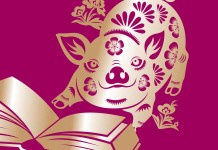 Existing challenges and new regulations in the Year of the Pig 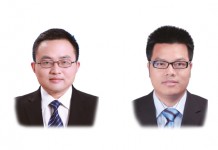