However, if these guarantees are poorly designed or too rigid, then a performance bond mechanism that seems to protect the interests of government may in fact bind it, not only increasing the burden on investors, but also not being helpful for the effective progress of the project.

However, in many PPP projects that the authors have encountered, governments still insisted that performance bonds be submitted in cash. In a large project the authors handled, the government requested that, commencing from the year following issuance of the final acceptance certificate, before February 1 of each year the project company would pay 5% of the operating income of the prior year as an operation period performance bond until the cumulative amount reached RMB1.8 billion. This large amount would be refunded to the project company 12 months after expiry of the licensed operation period.

In fact, the Regulations on Implementing the Government Procurement Law and Administrative Measures on Government Procurement of PPP Projects have clearly specified that “social capital shall pay the performance bond in the form of cheque, draft, promissory note or letter of guarantee issued by financial institutions or guarantee institutions, etc., (other than in cash)”. Thus, given the large investment in PPP projects and their long performance period, the authors recommend that demand guarantees be adopted as securities for PPP projects as much as possible, to avoid using a large amount of cash for performance bonds, which would effectively protect the interests of the government without increasing additional burdens on private investors.

First, the members of the consortium may misunderstand that only the principal entity is obligated to submit a performance bond, and that other members have no obligations or liabilities to provide bid security; if the leader submits the guarantee, liability arising from the default by any members of the consortium would first be borne by the leader.

In summary, when designing PPP project security mechanisms, the tenderer should as much as possible allow project participants to submit performance bonds as well as avoid overlapping guarantee periods, which will promote successful completion of the project. 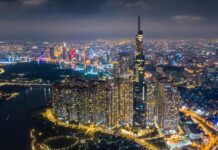 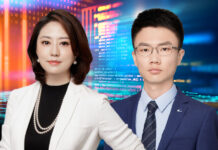