International transportation of general cargo has undergone important structural changes due to advancement in transport technology including the advent of containers.

Containerization, when combined with multimodal transport, has some obvious advantages in terms of supply chain integration, since it provides for a unified flow of material and handling effectiveness. The shipper, who previously had to arrange freight contracts with various service providers, can now enter into a single contract with an MTO who takes responsibility for transport from origin to destination.

The Director General of Shipping is the competent authority under the act. No person is allowed to undertake multimodal transportation without registration under the act. This requirement has been imposed by the government to ensure that only companies with the necessary expertise, infrastructure and financial capability can undertake multimodal transportation, protecting the interests of shippers.

The MTD helps carry out the provisions of the act keeping in view the primary objective of the legislation, that the carriers serve trade and not vice versa. The MTD issued under the act would be: (i) A contract for the transportation of goods by multimodal transport, (ii) a negotiable document unless it is marked non negotiable at the option of the consignor, (iii) a document of title on the basis of which its holder can take delivery of the goods covered by it.

The parties who have a commercial interest and are governed by the document once it is executed are the MTO responsible for the execution of the multimodal transport contract, the consignor who places the goods and the consignee who is to take delivery, the bankers that provide documentary credit and the insurers who insure the goods and cover the MTO’s liability.

Once the multimodal transport operator executes the transport document, he assumes the role of the owner of the goods, the principal thereby authorizing the MTO to execute the rights of the owner for claiming damages and for any other necessary purpose.

Despite these government initiatives, there are a number of obstacles to the growth of multimodal transport in India. Lack of knowledge about multimodal transport is the primary reason for companies not taking an interest. Shippers are still unsure about using MTOs, who are mostly small players, and prefer a conventional ocean liner bill of lading (B/L).

Another obvious impediment to the growth of multimodal transport is fear of the MTO vanishing overnight if the cargo is lost; this is in contrast to the assurance provided by ocean liners that are normally large organizations.

The future for this sector should be bright provided the government eliminates procedural hassles, multiple agencies, introduces single door policies for exporters and streamlines operations under a single supervising authority to bring down transaction costs, which ultimately benefit the shipper.

Limitation periods when goods are released without a bill of lading 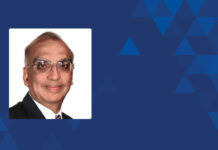 Does the de minimis exemption help or hinder the CCI?
Why the automation of compliance processes is the need of the hour
In a celebration of ingenuity and excellence, we reveal the winners of our annual law firm awards