On 20 November 2018, the Philippines and China entered into a memorandum of understanding (MoU) on co-operation on oil and gas development. Premised on the charter of the UN, the United Nations Convention on the Law of the Sea (UNCLOS), and the 2002 Declaration of Conduct of Parties in the South China Sea, the two governments agreed to negotiate on an accelerated basis (i.e., within 12 months of its signing) arrangements to facilitate oil and gas exploitation in “relevant maritime areas”.

Under section III of the MOU, the two governments listed their intention to establish an inter-governmental joint steering committee and inter-entrepreneurial working groups.

The MOU is without prejudice to the respective legal positions of both governments with respect to their claims in the disputed sea, and will not create rights or obligations of either party under international or domestic laws.

It can be observed that the MOU is an effort by both parties to peacefully settle their conflicting territorial claims. Still, any joint development agreement that may be entered into with respect to the relevant maritime areas will inevitably have to be measured against the yardstick of the Philippines’ 1987 constitution.

Section 2, article XII of the 1987 constitution provides that the exploration, development, and utilization of natural resources shall be under the full control and supervision of the state. Moreover, it mandates the state to protect the nation’s marine wealth in its archipelagic waters, territorial seas, and exclusive economic zone, and reserve its use and enjoyment exclusively to Filipino citizens.

Nonetheless, it gives the president authority to enter into agreements with foreign-owned corporations involving either technical or financial assistance for large-scale exploration, development, and utilization of minerals, petroleum and other mineral oils, subject to certain safeguards.

In the 2004 case of La Bugal B’laan Tribal Association v DENR, the Supreme Court held that the language of section 2, article XII of the constitution should be interpreted as allowing the president to enter into an agreement to explore, develop and utilize minerals, petroleum and other mineral oils even with a 100% foreign-owned corporation. It further held that this type of agreement should not be restricted to one that is merely for financial or technical assistance.

The Supreme Court, however, reminded that the state must still retain full control and supervision over the exploration, development, and utilization of these resources. In particular, the Supreme Court held that while the foreign contractor may be allowed a certain degree of management prerogative, the state must still be able to direct, restrain, regulate and govern the affairs of the foreign contractor.

There are those who opine that a joint development agreement with China can hurdle constitutional issues in view of this ruling. However, a conclusion is not as easily arrived at as it may seem. In this regard, it is apt to quote Professor Jay L Batongbacal’s assessment of the MOU as published on the website of the Asian Maritime Transparency Initiative, thus:

“… the MOU … still does not address the specific challenges and restrictions posed by the Philippine constitution and legislation … It also does not address the constitutional and legal requirement of ‘sole control and supervision by the state’ of natural resource exploration and exploitation. Unfavourable answers to these questions may lead to the conclusion that Philippine sovereignty and sovereign rights will indeed be compromised. These can be finally determined only when the parties agree on the actual co-operation arrangements for specific areas.” 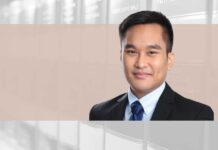 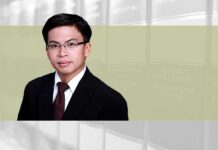 By Ng Jern-Fei QC, Danny Tang, and John CK Chan, Temple Chambers
What will the new government in Philippines mean for businesses?