Company A intends to apply for a listing on the Star Market, while its largest shareholder and actual controller, Zhang San, is the dean of the Oriental College of a western university directly under the Ministry of Education. So, does Zhang San have the qualifications to be a shareholder under the laws, regulations and normative documents?

Reasons for the formation of the shareholding

According to the Law on Promoting the Transformation of Scientific and Technological Achievements and related regulations, except for “chiefs of departments and units of the State Council and local research and development institutions, colleges and universities and other public sector organisations (excluding internal divisions), as well as chiefs of units with independent legal personality under the above institutions”, scientific and technological personnel holding other leading positions can have shares, capital contributions and other incentives or compensation.

Given that the law does not clearly stipulate that chiefs of internal divisions of colleges and universities are the personnel who “shall not have equity incentive”, if it is verified that Zhang’s shareholding is in accordance with the regulations on the transformation of scientific and technological achievements, then Zhang is a legitimate shareholder of Company A.

Therefore, subject to relevant specific conditions, non-chief leaders of universities or leaders of subordinate colleges who meet the conditions of the transformation of scientific and technological achievements can be shareholders of the proposed IPO enterprise.

The nature of colleges and universities

According to the Decision on Strictly Prohibiting Party and Government Organs and Party and Government Cadres from Doing Business and Running Enterprises and other relevant laws, party regulations and normative documents, leading cadres of the party and government organs and their affiliated establishments at or above the town level are not allowed to invest or hold shares. According to the Ten Nos for Leading Party Members and Cadres of Directly Affiliated Colleges and Universities to Exercise Integrity and Self-discipline issued by the leading party group of the Ministry of Education, leading cadres of colleges and universities directly under the ministry are not allowed to do business or run enterprises.

Given that this western university is directly under the ministry, party leaders and cadres cannot invest or hold shares. If the university is directly under other central departments, or is a local education institution, it is not determined whether their party leaders and cadres can invest and hold shares. There are also many cases in which listed companies have argued that the holdings of their shareholders are legal and compliant on the basis that the institutions they work for are not directly under the ministry.

Therefore, if the person is a leading cadre of a university directly under the Ministry of Education, there may be obstacles to holding shares of the proposed IPO enterprise; on the contrary, there is no definite conclusion on whether this person can be a shareholder of the proposed IPO enterprise. Thus, companies should take into account the reasons for his shareholding, the proportion and the position he holds, and check whether the competent department of the university has any restrictive regulations on this and whether the regulations on the universities directly under the ministry are applicable mutatis mutandis. It is recommended to obtain confirmation from the competent authorities on the compliance of the shareholding of the personnel involved.

Under the regulations of the general office of the Ministry of Education, leading party and government cadres – including those above the deputy county level of universities directly under the ministry and their faculties – are not allowed to invest or hold shares, but there is no restriction for university teachers to hold shares as an investment.

The time of the investment and shareholding

The relevant laws, party regulations and normative documents do not explicitly restrict the investment or shareholding of top personnel or teachers in colleges and universities other than leading party cadres. If Zhang’s shareholding in Company A was formed before he became the dean, can it be used to argue that his shareholding is legal and compliant?

According to the Opinions on Further Regulating the Issue of Party and Government Leading Cadres’ Part-time Positions (Postings) in Enterprises and its reply, activities like running businesses, engaging in individual business activities and being paid intermediaries need to be regulated. The leading cadres of public sector organisations and its internal organisations, which are not under management according to Civil Servant Law, shall be subject to the above provisions. The competent departments and colleges and universities will implement rules specifically.

Therefore, Zhang, as the dean of the second-level college of a university directly under the Ministry of Education, is a leading party cadre and his shareholding in Company A is not the transformation of scientific and technological achievements. Thus, there may be obstacles for Zhang to be the shareholder of Company A. To sum up, it mainly involves the reasons for the formation of shareholding, the administrative level of the positions held and the nature of universities, etc. to decide whether the shareholdings of the leaders of universities and subordinate colleges of the proposed IPO enterprise is compliant or not. It is suggested to make arguments considering the aforementioned factors. 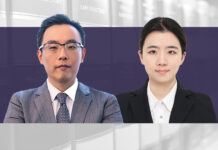 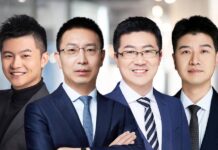 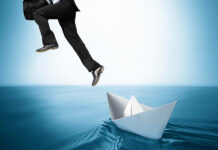