When doubt arises over an arbitrator’s impartiality, case law provides options to assess the appearance of bias, but some ambiguity may remain.

Arbitrators have a widely recognised obligation to be impartial and independent in all jurisdictions. Impartiality means that arbitrators are not biased. Otherwise, they may be removed, or an award set aside.

Considering the question of apparent bias on the part of an arbitrator, what test should the court apply? Specifically, should it apply the “real likelihood of bias” test, or the “reasonable suspicion” test? First, it is necessary to analyse the differences between the two.

In the well-known case of R v Sussex Justices (1924), Lord Gordon Hewart not only stated his famous aphorism that it is “of fundamental importance that justice should not only be done, but should manifestly and undoubtedly be seen to be done”. He also indicated that “even a suspicion that there has been an improper interference with the course of justice” is enough to vitiate the proceedings, an observation invoked as origin of the reasonable suspicion test.

“The term ‘real likelihood of bias’ is not used, in my opinion, to import the principle in, to which Salmon J referred. It is used to show that it is not necessary that actual bias should be proved. It is unnecessary, and indeed might be most undesirable, to investigate the state of mind of each individual justice. ‘Real likelihood’ depends on the impression, which the court gets from the circumstances in which the justices were sitting.

“Do they give rise to a real likelihood that the justices might be biased? The court might come to the conclusion that there was such likelihood without impugning the affidavit of a justice that he was not in fact biased. Bias is or may be an unconscious thing and a man may honestly say that he was not actually biased and did not allow his interest to affect his mind, although, nevertheless, he may have allowed it unconsciously to do so. The matter must be determined on the probabilities to be inferred from the circumstances in which the justices sit.”

From what Devlin said, we can know the definition of the real likelihood test. Lord Robert Goff elaborated, explaining this test in R v Gough (1993): “Devlin was concerned to get away from any test founded simply upon suspicion – ‘the sort of impression which might reasonably get abroad’ – and to focus upon the actual circumstances of the case in order to decide whether there was in those circumstances a real likelihood of bias.

“His question – do the circumstances give rise to a real likelihood that the justices might be biased? – suggests that he was thinking of likelihood as meaning not probability, but possibility; the noun ‘probability’ is not aptly qualified by the adjective ‘real’, and the verb ‘might’ connotes possibility rather than probability.

“Such a reading makes the real likelihood test very similar to a test requiring a real danger of bias. It is true that … the matter must be determined ‘on the probabilities’. I do not however think that he meant ‘on the balance of probabilities’, but rather that he was emphasising that the question was to be answered by reference to the relevant circumstances.”

The requirement of the real likelihood test is that the court should ask whether the circumstances give rise to a real likelihood that the justices might be biased in the sense they unfairly regarded, with favour or disfavour, the case of a party to the issue.

Another case, AT&T Corp v Saudi Cable Co (2000), is relevant to the arbitrator. The solicitor for AT&T submitted that although the real likelihood test laid down in R v Gough is binding on courts, this test is not strictly binding where the arbitrator conducting arbitration is involved, particularly in international arbitration. Instead, the reasonable suspicion test should apply.

However, in this case, Lord Harry Woolf thought the same test should apply to all cases, for the following reasons:

For the above-mentioned reasons, there are some different opinions. First, the reason why Lord Goff, in R v Gough, reached that conclusion is that he looked at cases concerned with allegations of bias on the part of an arbitrator involved in domestic arbitration – one of which is R v Liverpool City Justices – that adopted the real likelihood test.

Although this case is governed by English law, the AAA’s rules indicate there may be different requirements and standards of bias applying to arbitrators involved in domestic and international arbitration.

Second, since parties to arbitration are unable to appeal any decision on the merits, a stricter standard of bias, meaning a more lenient test, should apply to arbitrators than to judges.

Finally, disqualification should not depend on the particular stage of the arbitration, as set out in general standard 2 in part I of the International Bar Association’s guidelines on conflicts of interest in international arbitration.

In this case, the facts and circumstances alone, instead of the current stage of the proceedings and consequences of setting aside, are relevant when determining whether to set aside the awards. Other jurisdictions like Australia, Mexico, the Netherlands, New Zealand, France, Singapore, Canada, Switzerland and the US apply the same standard of bias for judges and arbitrators. In summary, when deciding what test should apply to cases of apparent bias concerning arbitrators involved in international arbitration, courts in different jurisdictions adopt different tests based on different considerations. 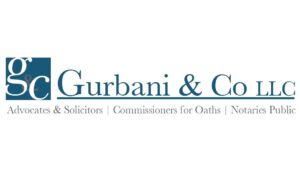 By Una Khng, Helmsman in Singapore
When doubt arises over an arbitrator’s impartiality, case law provides options to assess the appearance of bias, but some ambiguity may remain