With a remarkable spike in deal activity in 2021, who are the top 100 foreign lawyers advising clients for India-related matters?

Deal activity in India has once again reached a new record in 2021 surpassing the previous high in 2018 seen before the arrival of the pandemic. Many of the biggest of deals in the past year such as ReNew Power’s USD8 billion de-SPAC (special purpose acquisition company) merger, Flipkart’s USD3.6 billion funding round or Blackstone’s USD2.8 billion acquisition in IT services provider Mphasis involved working closely with India-focused foreign lawyers from firms such as Allen & Overy, Cleary Gottlieb, Freshfields Bruckhaus Deringer and Hogan Lovells.

As per a PwC survey, business sentiment is similarly robust for the current year. With another busy phase of deal activity anticipated, companies will require solid advice and guidance in the face of headwinds blowing in from the disruption in the global supply chain, rising oil prices and inflation. As such, out of the hundreds of lawyers around the world who claim to be India experts, which ones are leading the field?

To find out, India Business Law Journal sought answers from a large number of professionals – mainly experienced lawyers at Indian law firms and India-focused in-house counsel around the world. These professionals recommended and nominated lawyers that they consider to be among the top legal experts for advising on the international aspects of India-related matters.

To qualify as an International A-List lawyer, clients say lawyers need to demonstrate a strong understanding about the nuances of India and the requirements of Indian clients along with maintaining good connections within the legal community in India. Additionally, clients expect A-List lawyers to guide them through complicated legal and compliance issues smoothly and possess a practical approach to problem-solving in the face of adversity. Qualities such as being able to provide commercially savvy solutions and being pragmatic negotiators are also seen as advantages.

The text that follows highlights select commendations for international A-List lawyers who are based in important regional hubs.

Philip Badge, a partner and the Asia head of banking at Linklaters in Singapore, is described as the “go to” lawyer for banking and finance deals involving India by Pranav Sharma, a partner at Trilegal. Badge is a specialist in international finance with wide-ranging experience across Southeast Asia and India. 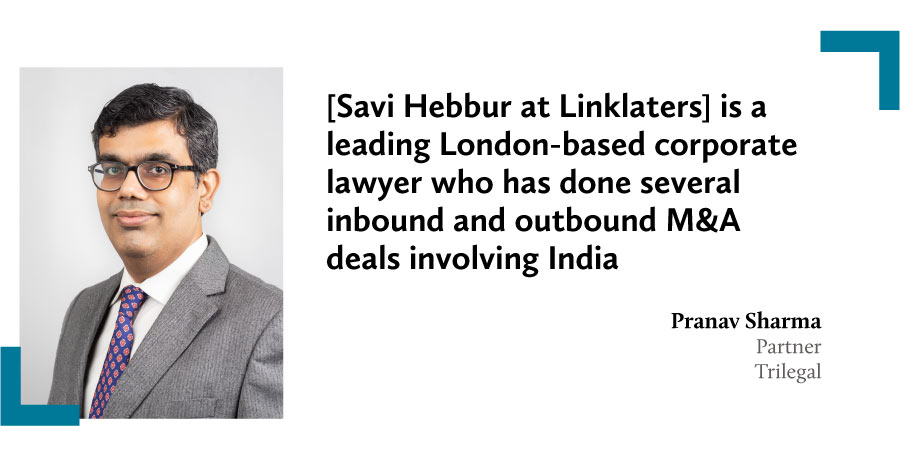 In the previous year, he represented the firm when advising financial institutions on a USD660 million term loan to OYO Hotels & Homes. Badge has been involved in many significant deals historically, including advising Standard Chartered Bank, Citigroup and ABN AMRO on the GBP3 billion (USD3.9 billion) equity loan facilities provided to partly fund Tata Steel’s public bid for Corus, which was India’s largest overseas investment at the time.

Jamie Benson, the director of Duane Morris & Selvam in Singapore, is “one of the leading international legal counsel advising on securities offerings by Indian issuers”, says Rabindra Jhunjhunwala, a partner at Khaitan & Co. Working on deals in India for more than 16 years, Benson is leading the Duane Morris & Selvam team on LIC’s IPO, “which is expected to be the largest IPO in Indian history”, says Jhunjhunwala.

Gautam Bhattacharyya, a partner and chair of the India business team at Reed Smith, is a “longstanding and established foreign lawyer working on India-related work”, says Krrishan Singhania, the managing partner at K Singhania & Co.

Bhattacharyya chairs his firm’s India group and regularly advises Indian clients. He co-chaired the GAR India conference this year. Bhattacharyya is also involved in litigation in England’s High Court for a syndicate of banks led by ICICI Bank, arbitrations for and against Indian entities in a range of business sectors, and investigations work involving India-based entities.

George Cyriac, a corporate and private equity partner at Stephenson Harwood, is vouched for by PM Thimmaiah, the managing partner of MD&T Partners, who received his advice on a transaction that required knowledge of Singapore laws. “His lucid understanding of complex issues was helpful,” says Thimmaiah. Cyriac has more than 20 years of experience in advising on complex cross-border transactions across Asia.

Pallavi Gopinath Aney, a partner at Allen & Overy in Singapore, is “one of the emerging stars among India-focused international lawyers”, says Rajat Sethi, a partner at S&R Associates. Sethi also commends Aney for her top-quality execution skills and her “fine understanding of the Indian regulatory landscape and legal environment”. In the previous year, Aney was named as a joint chair for India alongside Sheila Ahuja following a leadership reshuffle by Allen & Overy.

Manish Aggarwal, a partner at Three Crowns, is a “highly skilled advocate with a staggering depth of investment law insight”, says Prithvi Rohan Kapur, counsel at SKAA Advocates & Solicitors, adding that “with a good understanding of business in India, Manish brings great value to the table”.

Among his significant work in the past year, Aggarwal represented ConocoPhillips in its successful ICSID arbitration against Venezuela arising from the expropriation of its oil and gas assets, securing a historic USD8 billion award. In addition, Aggarwal also secured an award in excess of USD150 million for a multinational commodity trading company in an UNCITRAL arbitration against the government of Ghana, arising from a power purchase agreement.

Abhishek Saxena, a partner at Phoenix Legal, describes Ranajoy Basu, a partner at McDermott Will & Emery, as being “one of the leaders in the practice area of social impact financing work and cross-border financing”. He is commemorated for being extremely thorough in his approach with good industry experience and a sound knowledge of legal principles.

As the head of McDermott’s India practice, Basu will be representing the firm in negotiations for a free-trade agreement between the UK and India. The UK government had picked McDermott alongside two other foreign firms in January this year to advise on the pact.

Bill Carr, a partner and the head of India desk at CMS in London is “very knowledgeable and proactive”, says Mini Raman, a partner at LexOrbis. Carr advises both private and public sector organisations on a range of corporate matters including mergers and acquisitions, corporate finance, joint ventures and shareholder agreements, corporate governance and restructurings.

Savi Hebbur, a partner at Linklaters, is described as a “leading London-based corporate lawyer who has done several inbound and outbound M&A deals involving India” by Sharma at Trilegal. Sharma credits Hebbur for fostering “excellent relationships” with Reliance Industries and other big Indian companies.

Ryo Kotoura, a partner at Anderson Mori & Tomotsune, is “one of the most knowledgeable partners as far as India law-related matters are concerned”, says Trisheet Chatterjee, an equity partner at JSA. Kotoura gained vast expertise on Indian law after he started advising Japanese corporations on India-related investments and projects over the years. Having interacted and worked with Kotoura on several matters, Chatterjee describes Kotoura as “very thorough and detail oriented and [a lawyer that] Japanese clients trust completely with their India-related work”.

Taeko Suzuki, a partner at Nishimura & Asahi in the firm’s Tokyo office, is “the face of the India practice in Japan and is the most well-known Japanese lawyer in India,” says Abhishek Singh Baghel, an associate partner at DSK Legal. He adds that, “[Suzuki’s] expertise on various Indian legal subjects and awareness about upcoming laws and regulations is praiseworthy”.

Veena Gopalakrishnan, a partner at AZB & Partners, agrees, and describes Suzuki as a lawyer with an “excellent understanding of the Indian context when it comes to both transactional and advisory matters”.

Among her notable work in the past year, Suzuki has advised Monstarlab Holdings, a Japan-based global digital consultancy, on its acquisition of Dubai-based ECAP DMCC, a prominent executive search and board assessment consultancy in the Middle East.

Yohei Koyama, a partner at Mori Hamada & Matsumoto, is “an experienced M&A lawyer who is well versed with Indian law issues that typically arise in Indo-Japan cross-border transactions,” says Sanjeev Adlakha, a partner at S&R Associates who has worked with and opposite him on several M&A transactions.

Vineet Gupta, a partner at Indian Law Partners, describes Koyama as “one of the best Japanese lawyers for Indo-Japan M&A transactions”. Gupta adds that he “has in-depth knowledge of Indian law, and clients are extremely satisfied with his prompt advice in large and complex transactions”.

Zakir Merchant, a partner at Khaitan & Co who has worked with Koyama for more than 12 years, commends him for being sharp and a “first choice for Japanese investors looking at India”. Having recently advised on three transactions with Koyama, Merchant affirms that he is “more updated on India law and its workings then many lawyers in India”.

To identify the top 100 international India experts, India Business Law Journal turned to hundreds of lawyers at Indian law firms, as well as India-focused in-house counsel within the country and around the world, and asked them to tell us which lawyers should make the cut, and why.

Nominations were made by professionals at a wide range of Indian and global companies, and Indian law firms, including:

All lawyers based outside India who advise on the international aspects of India-related matters were automatically eligible for inclusion in the nominations process and, as always, there were no fees or any other requirements for entry. Lawyers at non-Indian law firms were not permitted to make nominations.

The final list reflects the nominations received and the justifications provided for them, combined with the India Business Law Journal editorial team’s more than 30 years’ collective experience in documenting and analysing the global market of India-focused legal services.

All A-List lawyers were also given the opportunity to enhance their listings with the addition of biographies and contact details, for which a publishing fee was charged. However, the list itself is the result of independent editorial research. Biographies, where provided, were written by the lawyers themselves and have not been independently verified. 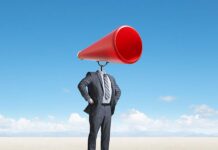 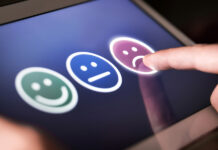