International arbitration, by its nature, involves diverse parties from diverse cultures. But when it comes to the diversity of arbitral appointments, there remains widespread concern that, while there have been some successes in recent years, progress has not gone far enough.

“Progress has been made in terms of gender diversity on arbitral tribunals in the past three years,” according to this year’s Queen Mary University of London, White & Case International Arbitration Survey. “But despite the increased focus on diversity issues and initiatives, respondents clearly feel that this has not as yet translated into actual or sufficient positive change.”

What attributes do parties value when choosing an arbitrator? An overwhelming majority of respondents in BLP’s 2017 survey said they valued a potential arbitrator’s experience over their gender or ethnicity. Fully 93% said a candidate’s expertise was either “very important” or “important”, compared with only 24% who said they felt the same way about ethnicity/national identity, and just 12% for gender.

However, when respondents were asked to view potential candidates as if they were all equal in regards to their level of expertise and experience, the results showed a different outcome. Under this scenario, half of respondents said it was desirable to have gender balance on arbitral tribunals. Four in 10 said they thought “it makes no difference”, with a small minority who said a gender balance was not desirable.

On ethnicity and national background, 54% believed that it was desirable to have a diverse arbitral tribunal, 30% thought “it makes no difference”, while 10% said that it was not desirable.

Given the general preference for expertise over diversity, the question arises as to whether diversity matters in arbitral appointments?

It is said that dispute resolution is about dealing with people and human emotions. With increasing cross-jurisdictional arbitrations involving parties of different genders and cultural backgrounds, diversity serves to ensure a well thought through decision, taking into consideration various sociopolitical factors, ground realities, and different perspectives and cultural backgrounds.

It is also said that a diversified pool of arbitrators will give a greater choice and fewer conflicts, remove the imbalance in the information available to different parties, increase competition for appointment and hence encourage greater efficiency, as well as facilitate new perspectives on the dynamics of a dispute. Further, the diversity of views in the arbitral tribunal’s deliberative process may be fundamental for a fair process and outcome.

The general consensus is that diversity is a positive force in arbitration. And while there was no firm majority who felt there was a causal link between greater diversity and an improved quality in awards – 40% held more or less firmly to this view – almost one in five respondents said diversity was of such inherent benefit in itself, that the question was irrelevant. Moveover, one-quarter said the extent to which diversity might affect the quality of decision-making would depend on the particularities of the dispute.

There has been a trend towards increasing diversity in arbitral appointments. The proportion of female arbitrators as a percentage of total appointments rose to 21.3% in 2019 from 12.2% four years earlier, according to the International Council for Commercial Arbitration’s 2020 Report of the Cross-Institutional Task Force on Gender Diversity in Arbitral Appointments and Proceedings.

When asked who is responsible for initiating a change, the survey found that 78% of respondents felt that arbitral institutions should play a role in achieving greater diversity on tribunals. Almost two-thirds thought that counsel for parties were also important players, with six in 10 pointing to arbitrators themselves.

Arbitration institutions have an important role in driving behavioural change, and many have risen to the challenge. The Hong Kong International Arbitration Centre (HKIAC), for example, has taken a number of initiatives – both internal and external – to encourage diversity not just in gender, but age, culture and ethnicity, too.

One such is the Equal Representation in Arbitration Pledge, a joint initiative by members of the arbitration community to spur the representation of women. Since signing the pledge in October 2016, the HKIAC has changed its process of appointment to always put forward at least one qualified female candidate in the lists provided to its appointments committee, and in its lists provided to the parties where a list procedure applies.

Women have become more prominent in public events too: More than half of speakers (56%) at external events organised by the HKIAC were women in 2020, up from 40% two years earlier. The centre has also launched the Women in Arbitration initiative to promote participation from women in mainland China.

However, the progress hasn’t been uniform. In fact, there was a drop in the share of female arbitrators designated by the parties and confirmed by the HKIAC in 2020 – to 11.1% from 15.6%.

And while the 2018 survey found that 59% of respondents agreed progress had been made in gender diversity, by other measures the sentiment was reversed; Less than a quarter of those polled felt the same way about ethnicity, for example.

Since the survey was published, the HKIAC has made some headway. The nationalities of all arbitrators appointed increased to 17 in 2020 from 13 a year earlier, for example.

There are industry-wide initiatives, too. This year, the HKIAC became the non-supporting financial entity to Racial Equality for Arbitration Lawyers, for example.

Efforts are also under way to get a broader range of ages represented. The HKIAC has seen a consistent rise in appointments of arbitrators not previously chosen, to 49.7% in 2020 from 14.4% in 2018.

Crystal Choy is former deputy counsel at the HKIAC 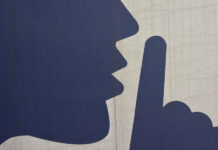