Companies sometimes choose to enter into agreements with partners that are not immediately disclosed or which are intentionally kept secret from third parties. Such agreements are known as “drawer agreements” in China. However, their legal validity is frequently challenged, particularly when one of the signatories is a listed company.

This column draws on a well-known equity dispute case in which the author acted as counsel to cast light on litigation strategy in such disputes as well as Chinese courts’ findings on the drawer agreements of listed companies and judicial thinking on their validity.

On 8 May 2019, the Baofeng Group announced that Everbright Jinhui and Shanghai Jinxin (together referred to here as Everbright), wholly owned subsidiaries of Everbright Securities, had taken legal action against Baofeng and its legal representative Feng Xin, the group’s founder, chairman and CEO, in an equity transfer dispute. Everbright sought a total of RMB750 million (USD117 million) from Baofeng for part of the RMB5.3 billion of losses it claimed arising from a failed overseas takeover. The action related to Baofeng’s failure to perform a buyback obligation as part of the deal, as well as interest for the delayed payment.

The case aroused intense interest in the market amid speculation that Baofeng would lose the case, possibly threatening the company’s survival. After an internal assessment, even the two defendants came to the conclusion that they were likely to lose the case.

Our firm was retained by Baofeng Group and Feng on the contingency basis that if all of Everbright’s claims were dismissed or rejected, the Baofeng Group would pay our fees in an amount exceeding RMB50 million.

The case was widely reported in the media, including by Southern Metropolis Daily and Jinri Toutiao, fast becoming the focus of the financial and legal communities. This was because the outcome not only concerned the issue of the bearing of investment losses by two listed companies and a number of well-known financial institutions, but also because it would help to clarify liability relating to a failed overseas investment and acquisition project.

Everbright as the sole executing partner formed a partnership with Baofeng Group and acquired a majority stake in MP & Silva Holdings (MPS), an Italian-owned company holding a large number of sports league broadcasting rights at the time, by leveraging RMB260 million to secure RMB5.2 billion of financing from banks. Two years after the acquisition was completed, MPS went bankrupt for a variety of reasons.

In addition to the co-operation framework agreement between Baofeng and Everbright, Everbright had separately signed a buyback agreement with Baofeng and Feng, providing that after delivery of the equity, Baofeng Group would buy back the MPS assets within a certain period under certain conditions.

Determination of the validity of the drawer agreement. This case was quite complex, involving mountains of evidence, with the key exhibits being the co-operation framework and buyback agreements. The co-operation framework agreement provided Baofeng Group a right of first refusal, and was considered and approved by the board of directors and publicly announced. The buyback agreement specifies that the Baofeng Group bears an irrevocable buyback obligation, but was not considered by a meeting of Baofeng’s shareholders, nor was it disclosed.

The Beijing Higher People’s Court held that, pursuant to article 121 of the Company Law, the transaction involved the material interests of a listed company and by executing an agreement without the authorisation of a shareholders’ meeting resolution, the legal representative acted ultra vires, or outside his legal authority. Whether the buyback agreement is valid hinges on whether Everbright was a bona fide counterparty, that is, acting without intention to deceive. The author asserted that at the time of the execution of the agreement, Everbright was not a bona fide counterparty, for the following reasons:

Ultimately, the Beijing Higher People’s Court accepted our claims, finding that the buyback was an agreement that had not been authorised by a resolution of a shareholders’ meeting and that the legal representative had been acting beyond his authority, and that it was a drawer agreement privately signed between the parties to provide a means for funds exit in the co-operation framework agreement.

Given that Everbright was not a bona fide counterparty and that the buyback agreement was not ratified by the Baofeng Group, it was an invalid contract and Baofeng Group did not bear civil liability for the invalidity of such an agreement. On 31 December 2020, the Beijing Higher People’s Court rendered its first instance judgment, dismissing all of Everbright’s claims and handing the Baofeng Group a total victory at first instance. Everbright filed an appeal with the Supreme People’s Court on 14 January 2021. The hearing of the appeal began on 27 May 2021 and the judgment is still pending.

It is incumbent upon investors and intermediary firms to pay close attention to the buyback obligation commonly set in the transaction model of an investment project when conducting a legal risk assessment. A listed company is a public company, involving such public interest issues as protection of numerous small shareholders and safeguarding the order of the securities market.

Executing a contract under which a listed company bears an equity buyback obligation without the consent of the shareholders’ general meeting in a form of resolution poses potential risks for the listed company, harms the interests of retail investors and disrupts the order of the securities market. In view of this, drawer agreements of listed companies should be subject to stricter legal regulation in judicial practice. 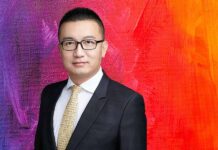 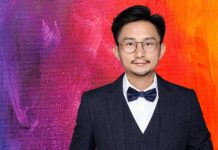 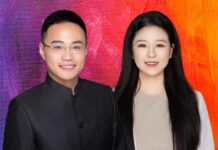