The Federation of Indian Corporate Lawyers (FICL) hosted roundtable discussions with Edwin Tong, Singapore’s Second Minister for Law, on 28 November, during his first official visit outside the country.

Tong, also the Minister for Culture, Community and Youth, gave the keynote address at the panel talks held at the Taj Palace, New Delhi.

In his keynote address, Tong noted the importance of taking on board from Indian stakeholders what was working and getting suggestions on how to deepen the partnership between Singapore and India. The minister gave a broad sketch of how Singapore developed the principles and vision of the development of alternative dispute resolution institutions.

More than 40 senior in-house lawyers, senior advocates and other stakeholders from India attended the panel, which discussed the role of legal dispute resolution services in the growing world economy.

Tong also acknowledged that general counsel are key drivers of business and have an important role in resolving complex business disputes using the best alternative dispute resolution facilities available to which Singapore has contributed.

Lalit Bhasin, the FICL’s patron and president of the Society of Indian Law Firms (SILF), highlighted the importance of greater interaction between the in-house lawyers and advocates. On behalf of the Indian legal fraternity, Bhasin assured they would extend their full co-operation and support to the minister.

Bhasin added that the success of arbitration or mediation will depend on co-operation between professionals, not only the external lawyers but mainly in-house attorneys.

Anju Rathi Rana, additional secretary at the Department of Legal Affairs of India, highlighted that the Indian government was actively promoting means to reduce the burden of the courts. It has introduced various measures such as mandatory pre-litigation mediation, the establishment of the New Delhi International Arbitration Centre and the promotion of various modes of alternative dispute resolution mechanisms, she said.

Rana added that the government is keen to promote a business-friendly arbitration regime in India.

Tong was accompanied by officials from the legal industry division of the Ministry of Law, including director Ellis See, deputy director (international partnerships) Angeline Ang and senior executive Deepa Selvaraj. 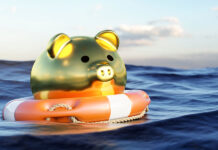 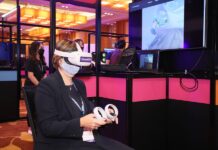