In the 1990s, for a large number of urban renewal projects, governments everywhere adopted the “grant of uncleared land” method to reduce preliminary land grant costs and lessen fiscal pressures by granting the land uncleared to the real estate developer, who would be responsible for completing the demolition, relocation, compensation and resettlement work.

With the gradual maturity of the “bid invitation/auction/listing” model of granting state-owned land, new projects involving “uncleared land” have become rare in recent years. However, many such projects that have long lain idle due to funding, returns, market forecast or other reasons still remain in many places.

In 2011, the State Council issued the Regulations for the Requisitioning of, and Compensation for, Premises on State-Owned Land, and repealed the then existing Administrative Regulations for the Demolition of Urban Premises and Relocation of Their Occupants, abolishing developers’ qualifications as demolition entities and designating the government as the entity responsible for requisitioning and compensation. Due to changes in regulations and increased requisitioning costs, huge demand for funds, etc., how to develop and use these types of lots have become common problems for governments and developers.

This article uses Shanghai as an example and presents beneficial approaches to resolve requisitioning and development difficulties relating to these lots that were granted uncleared, while taking into account local policies and relevant actual practice in urban renewal.

Resolving the legal and policy dilemmas relating to the subsequent development and utilization of uncleared land. To resolve the old issues and harmonize the old and new policies for existing uncleared land projects, the Shanghai Municipal Planning and Land Resource Administration issued the Opinions on Several Policy Issues for Disposing of Lots Granted Uncleared for Urban Renewal in Shanghai (document No. 652) in 2012.

Depending on the circumstances, document No. 652 specifies five handling methods, with the following plans formulated based on the principle of “one policy per type of land”: for lots for which the renewal funds can be balanced, procure the renewal by the developer as soon as possible; where the developer’s resources are insufficient, the enterprise or government is to take the lead in bringing in a large enterprise with the resources and willingness to take over the project; and when a developer continues to procrastinate, start the procedure to terminate the land use rights grant contract and have the government take on the renewal.

In December 2015, Shanghai further issued the Supplementary Notice on Further Strengthening the Work Associated with the Disposal of Lots Granted Uncleared for Urban Renewal in Shanghai, determining that where the disposal of a lot is not completed by 31 December 2018, the existing grant contract will be terminated. The two documents break up the legal and policy logjam for uncleared land projects and provide effective support for urban renewal in the districts and counties.

Changing “demolition and relocation” to “requisitioning”, respecting contract provisions, respecting most recent plans, and specifying the “government leading and developer participating” model. With the issuance of the Regulations for the Requisitioning of, and Compensation for, Premises on State-Owned Land, “demolition and relocation” as a legal concept has faded from the pages of history. Despite the fact that the requisitioning entity for uncleared land that has already been granted is now the government, based on the principle of respecting contract provisions, the funding for the requisitioning of, and compensation for, premises remain the responsibility of the developer. For this purpose, in projects for the disposal of uncleared land that have now started and are being pushed forward, the “government leading and developer co-operating” model has been adopted.

Once the district/county-level government renders a requisition decision, the premises requisitioning authority (usually the district premises administration) will arrange the requisitioning and compensation, and decide on the purchase and use of the source of resettlement premises. The developer, as the leading project investment/financing party and the party assuming the requisitioning expenses, is required to provide in advance and ultimately bear all related expenses. Once the requisitioning is complete, the land authority and the developer conduct negotiations to amend the existing land grant contract and deliver the land anew but “cleared”. The developer then carries out anew the procedures for recordal for investment in a new project, land planning, project planning, etc., with such authorities as the development and reform authority, the land and planning authority, etc. The project then formally proceeds to development and construction.

In an urban renewal project in Shanghai in which the author was involved, financing was carried out with the injection of the developer’s own funds and a syndicated loan. At the requisitioning stage, the banks progressively released the requisitioning project loan in line with the progress of the work and credited the proceeds to the government’s dedicated requisitioning account for centralized use and use for that purpose by the government.

The banks carried out real time oversight. Once the requisition was completed, with uncleared land changed to “cleared land” and delivered to the developer, the banks released the development project loan as agreed and carried out mortgage registration on the strength of the project in construction and the corresponding land use rights, to ensure the security of the loan proceeds.

The co-operation and progress model of “government leading, developer co-operating and bank syndicate supporting” fundamentally resolves the requisitioning and development difficulties associated with the leftover projects of uncleared land in urban renewal, resolving the livelihood issues in areas undergoing urban renewal, while also safeguarding the lawful rights and interests of developers and financial institutions. It is a very good reference for the tenement renewal and urban village redevelopment work in various regions. 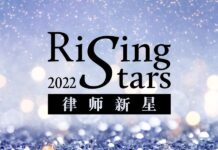