At the time of writing this article, cryptocurrencies are currently not accepted as currencies in Taiwan. Since 2013, the positions of both the Central Bank of the Republic of China (Taiwan) and the Financial Supervisory Commission (FSC) have been that Bitcoin should not be considered a currency, but a highly speculative digital virtual commodity. The FSC has since 2014 ordered local banks not to accept Bitcoin or provide any services related to Bitcoin.

Other than that, no laws or regulations have been officially promulgated or amended to specifically deal with cryptocurrencies, except for:

In other words, if a token offering is considered involving the offer and issue of securities (so the tokens offered are considered security tokens), it would be considered an illegal fundraising activity in violation of the SEA, unless the STO regulations are followed.

In July 2019, the FSC officially issued a ruling designating cryptocurrencies with a certain nature as securities (i.e., security tokens) under the SEA. According to the 2019 ruling, security tokens refer to those that:

(1) utilise cryptography, distributed ledger technology or other similar technologies to represent their value that can be stored, exchanged or transferred through a digital mechanism;

(3) encompass all of the following attributes of an investment:

(i) Funding provided by investors;

(ii) Providing funding for a common enterprise or project;

(iv) Profits generated primarily from the efforts of the issuer or third parties.

An STO above NT$30 million must first apply to be tested in the financial regulatory sandbox and, in case the experiment has a positive outcome, should be conducted pursuant to the SEA. Certain key provisions of the STO regulations include:

(1) The issuer must be a company limited by shares incorporated under the laws of Taiwan, and not a company listed on the Taiwan Stock Exchange or TPEx, or traded on the Emerging Stock Market.

(2) The issuer can only issue profit-sharing or debt tokens without shareholders’ rights.

(4) The platform operator should obtain a securities dealer licence, have a minimum paid-in capital of NT$100 million, and provide an operation bond of NT$10 million.

(5) Total offering amount of all STOs on a single platform should not exceed NT$100 million.

(6) Pursuant to the STO regulations, some other requirements and restrictions include those regarding trading (secondary market), real-name basis, New Taiwan dollar only, etc.

It is our understanding that, at the time of writing this article, although there have been discussions regarding the issuance of security tokens, such as those related to carbon credits, there have been no STO programmes launched due to the relatively stringent restrictions under the STO regulations, such as the qualifications of the STO issuer, eligible investors and amount limits, etc., as well as other compliance costs that may be incurred for launching any STO project.

Although there is no STO platform operator in Taiwan, there have been crypto platform or exchange operators providing services in relation to cryptocurrencies, which are not security tokens. As indicated above, as long as no security tokens are involved, there are no laws or regulations specifically dealing with the trading of cryptocurrencies, so there currently exists no required licence in Taiwan for operating crypto platform or exchange operators.

From the perspective of AML, the latest amended Money Laundering Control Act (AML Act), which took effect in November 2018, has brought the virtual currency platforms and trading business into Taiwan’s AML regulatory regime. However, the government had made no further progress in implementing the amended AML Act until the AML ruling was issued.

In April 2021, Taiwan’s Executive Yuan (the cabinet) issued a ruling (the AML ruling) to interpret the scope of enterprises of virtual currency platforms and trading business under the AML Act, which is expected to take effect on 1 July 2021. The scope described under the AML ruling covers those who engage in the following activities for others:

(2) An exchange between virtual currencies;

(5) Participation in and provision of financial services related to the issuance or sale of virtual currencies.

According to the authors’ experience and understanding of local practice, it is generally expected that, following the issuance of the AML ruling, the FSC might set out clearer or more detailed regulations under the AML Act in relation to the crypto industry.

The regulations would cover the operators’ obligations regarding know your customer, record keeping, suspicious activity reporting, continual monitoring, etc. Therefore, it is recommended that the relevant market players continue to pay close attention to new developments, including the above-mentioned AML-related regulations to be further set out by the FSC.

New applications of cryptocurrency and blockchain technology such as DeFi (decentralised finance) and NFT (non-fungible tokens) have been hotly discussed in Taiwan in the past couple of years.

The government does not seem to have any official view on the rise of DeFi activities. However, from a local perspective, the classification of any DeFi activities should be determined on a case-by-case basis, and laws such as those relating to banking, trust, and futures would need to be reviewed for checking and ensuring Taiwan law compliance.

Market players might wish to argue that under a DeFi structure there is no centralised business operator that should be held liable for any activities, illegal or not. But from a legal perspective, this should be more of a factual or evidential matter, meaning we cannot rule out the possibility that any person who initiates or subsequently plays a major role in a DeFi project or program might still be considered the real actor, with respect to any potential legal consequences.

NFTs have been commonly structured to represent digital artworks, music works, collectables, baseball or basketball cards, photo albums, etc. While recent discussions tend to focus on what an NFT holder actually owns or obtains, the classification of any NFT or its offering should also be examined on a case-by-case basis.

Although there might be various ways of structuring an NFT – e.g., what is the underlying asset, the extent to which the NFT would be linked to the underlying (digital) asset, the rights and obligations of the parties participating in the offering, and of the NFT holders, etc. – it is suggested that the rights and obligations of the participating parties (NFT issuers, NFT platform operators, and/or service or technology providers, etc.) be clearly identified or stipulated in the terms and conditions to the extent possible, especially from the perspective of copyrights.

Also, notwithstanding the nature of any NFT being non-fungible and unique, we still cannot completely rule out the applicability of financial law (e.g., securities regulations) due to its possible nature of investment.

Finally, it is also unclear whether the DeFi and NFT market players would fall within the scope of the above-mentioned AML-related regulations. This creates an uncertainty for the future development of such emerging activities from a regulatory viewpoint. 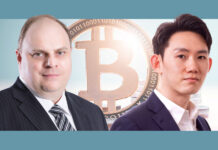 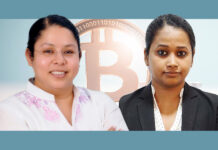 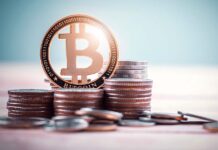 A comparison of cryptocurrency regulation