English
Our publications
Home Zhong Lun Law Firm Construction project risks in Jordan, and how to avoid them

China is Jordan’s largest source of imports and its third-largest trade partner. In recent years, a growing number of Chinese companies have ventured into infrastructure and construction projects in the Middle Eastern kingdom. Over time, their activities have revealed the legal risks in investment, financing and construction activities in the region. So, what are the major risks, and how is it possible to mitigate them?

Limited in its financial and economic strength, Jordan’s government generally does not provide sovereign guarantees to major foreign-invested construction projects and may reject any commercial loan with high interest rates to finance such projects. For example, the Jordan Nuclear Regulatory Commission announced, in June 2018, the cancellation of a co-operation agreement with Russia dated March 2015, pursuant to which Russia would build Jordan’s first nuclear power station.

This was attributed to Russia’s request to finance the project through a commercial loan, which Jordan believed would raise the cost and result in higher power prices. Eventually, the project fell through as the parties were unable to reach consensus over the financing.

While the Central Bank of Jordan does not restrict domestic banks from lending to foreign companies, whether such loans will be granted and the credit requirements depend on the banks’ own policies. The central bank also bars local lenders from making foreign-exchange denominated loans, unless for exports.

To counter such investment and financing risks, Chinese investors are advised to set down explicit preventive clauses in all contracts. At an early stage, before sealing any deal, Chinese companies should fully communicate with the government and potential partners in Jordan regarding the financing channel, interest rate, maturity, source of debt payment and other issues.

Chinese companies should actively take the project to Jordan’s and China’s financial institutions, such as policy banks and commercial banks, in order to expand the financing channels and lower costs. Completion of financing, financing obligation and the liability for breach of contract and damages resulting from any financing issues should be clarified in the project contract.

Based on Jordan’s standard contracts and practices, the weekly penalty in the event of any delay may amount to 1% of the total value of a construction contract. As an example, a China-invested company won the bid for a Jordan natural gas storage tank project in 2016, which was originally scheduled to be completed by October 2017.

However, due to exceedingly harsh construction standards set by third-party supervisors, the company had to repeatedly alter and adjust the project. Eventually, the project was delayed by two years and the company suffered massive financial losses.

According to the Jordanian Civil Code, construction contractors bear joint and several liabilities to the owner for the complete or partial collapse of the building or any flaw compromising the soundness and security of the building within 10 years from the delivery date. It should be noted that such liabilities remain valid even if the flaw or collapse was due to issues with the land itself or if the owner accepted the building fully aware of the flaw.

Construction projects in Jordan also largely adopt the western system of construction standards and management. As they are considerably different in China, this proves challenging to many Chinese companies dealing with the western standards for the first time.

They should engage lawyers, both local and at home, auditors, HR managers and other professionals, as well as personnel familiar with local commercial and technological policies.

After technological, legal and commercial assessments conducted by such personnel, the risks they compiled related to the project should be explicitly addressed, along with countermeasures, in the contract.

For duration risk – a common issue in practice – companies should thoroughly list every possible scenario that may cause a delay, including such things as a Covid-19 outbreak, and set out the exact manner of responsibility sharing between the owner and the contractor. They should further emphasise progress control during construction.

In terms of quality liabilities, these should be limited to issues caused by the contractor and any miscellaneous provision disadvantageous to the contractor should be avoided. Instead, companies should set out exact circumstances where the contractor would be liable for damages due to quality issues. 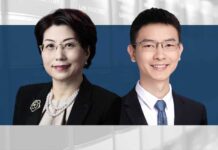 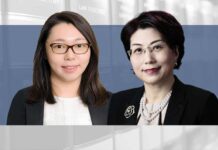 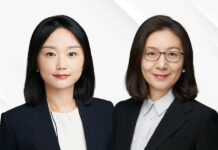