The economic slowdown has ignited fears of a new wave of commercial disputes, rekindling debate over how best to manage them. Leo Long reports

In the past year, arbitrators and attorneys have found themselves quite engaged as controversies involving China were on the rise. According to data released by the State Council Legislative Affairs Office, the 230 arbitration commissions in China received a total of 113,660 cases in 2014, an increase of 9% over the prior year. At the same time, the annual total amount in dispute has also increased from RMB 164.6 billion (US$25.89 billion) in 2013 to RMB 265.5 billion (US$41.77 billion) in 2014, a 61% growth.

The People’s Court Daily reports that more than 9 million civil and commercial cases were successfully filed in 2014. More than 4.5 million cases were contract-related disputes, an increase of 11.36%. And there was a clear growth in cases involving loan contracts, construction contracts and sales contracts.

Zhenghan Law Firm partner Wang Zheng gives two reasons for the increasing number of disputes. First, he says, the overall number of commercial disputes has risen in pace with the rapid development of the economy. Second, more market players are willing to use legal channels to resolve commercial disputes as the overall legal environment has begun to be established in the market. 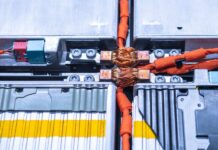