Bangko Sentral ng Pilipinas, the central bank of the Philippines, recently reported that foreign direct investment (FDI) in the country increased by 41.5% in January 2021 to USD961 million from USD679 million in January 2020. A 116% surge in FDI net inflows stemmed mainly from foreign companies’ loans to local affiliates, which amounted to USD535 million from USD248 million the previous year. However, net investment in equity capital only increased by 0.3% to USD351 million from USD350 million in 2020, mainly sourced from the US, Thailand, Japan and South Korea.

To this end, the Philippine government has been steadily paving the way for more foreign investment. President Rodrigo Duterte recently certified as urgent the following measures that decrease restrictions on foreign investment:

(1) Senate Bill No. 2094, which will allow 100% foreign ownership of public services such as telecoms, power and transportation;

(2) Senate Bill No. 1840, which will lower the required paid-up capital for foreign retail enterprises from USD2.5 million to about USD1 million; and

(3) Senate Bill No. 1156, which seeks to specifically classify e-commerce business entities as domestic market enterprises that may be owned in full by non-Philippine nationals. Pending the passage of these measures into law, however, the regulations discussed below govern foreign investment in the Philippines.

The Foreign Investments Act (FIA) of 1991 is the primary legislation concerning foreign investments, which requires foreign entities doing business in the country to acquire a licence from the Securities and Exchange Commission (SEC) by registering a branch or representative office. Subject to nationality restrictions, foreign entities may incorporate a domestic corporation as a local subsidiary. Branches and representative offices are not considered separate legal entities from their head offices. A domestic corporation has a legal personality separate from its head office.

A representative office is limited to acting merely as a liaison office between its head office and its Philippine-based clients or customers. The activities it may engage in are limited to information dissemination, promotion and quality control of the foreign company’s products and other similar activities. A representative office is not allowed to conclude sales contracts on behalf of its head office. It is also not allowed to derive income from the Philippines, and its expenses are fully subsidised by its head office.

A foreign entity may be deemed to be doing business if it undertakes any of the following:

(3) Appointing representatives or distributors domiciled in the country, or who in any calendar year stay in the country for totalling 180 days or more;

(4) Participating in the management, supervision or control of any domestic business, firm, entity or corporation in the country;

(5) Any other act that implies a continuity of commercial dealings or arrangements, and contemplates to that extent the performance of acts or works, or the exercise of some of the functions normally incident to, and in progressive prosecution of, commercial gain or of the purpose and object of the business organisation.

A foreign entity doing business without a licence cannot sue or maintain suits to enforce its rights before Philippine courts, but may be sued. The corporation and its directors or officers may be subject to fines and penalties.

(2) Maintaining a stock of goods in the Philippines solely to have the same processed by another entity in the country;

(3) Consignment by a foreign entity with a local company to be used in the processing of products for export; and

(4) Performing services auxiliary to an isolated contract of sale that is not on a continuing basis (e.g. installation of machinery that the foreign entity manufactured or exported to the Philippines, servicing said machinery, training domestic workers to operate them, and other similar incidental services).

The FIA requires the issuance of a negative list (FINL), which enumerates the areas of activities wholly reserved to Philippine nationals, and those that are partially nationalised and subject to limited participation by foreign investors. The negative list contains List A, which enumerates areas of investment where foreign ownership is limited pursuant to the constitution and/or by specific laws, and List B, which lists areas of investment where foreign ownership is limited for reasons of security, defence, risk to health and morals, and protection of local small and medium-scale enterprises.

The current FINL is Executive Order No. 65, promulgated on 29 October 2018, providing the following shall have no foreign equity:

. Mass media, except recording and internet business (which refers to internet access providers that merely serve as carriers for transmitting messages, rather than being the creator of information);

. Practice of certain professions, except:

(i) where foreigners are allowed to practise in the Philippines subject to reciprocity;

(ii) where the corporate practice is permitted; and

(iii) in the case of foreigners teaching at higher education levels, provided that the subject being taught is not professional;

. Retail trade enterprises, if the paid-up capital is less than USD2.5 million;

. Ownership, operation and management of cockpits;

. Manufacture, repair, stockpiling and/or distribution of biological, chemical and radiological weapons and anti-personnel mines; and

. Manufacture of firecrackers and other pyrotechnic devices.

. Contracts for the construction and repair of locally funded public works except:

(i) infrastructure or development projects covered by the Build Operate and Transfer Law, as amended; and

(ii) projects that are foreign-funded or foreign-assisted, and required to undergo an international competitive bidding;

. Educational institutions other than those established by religious groups and mission boards, for foreign diplomatic personnel and their dependents, and other foreign temporary residents, or for short-term high-level skills development that does not form part of the formal education system;

. Contracts for the supply of materials, goods and commodities to government-owned or controlled corporations, companies or agencies, or municipal corporations;

. Domestic market enterprises (i.e. entities that do not export 60% or more of their output) with a paid-in equity capital of less than the equivalent of USD200,000;

. Domestic market enterprises that involve advanced technology or employ at least 50 direct employees with paid-in equity capital of less than the equivalent of USD100,000;

. Manufacture, repair, storage and/or distribution of products and/or ingredients requiring the national police clearance, such as:

(i) firearms (handguns to shotguns), parts of firearms and ammunition, instruments or implements used or intended to be used in the manufacture of firearms;

. Manufacture, repair, storage and/or distribution of products requiring Department of National Defence clearance, including guns and ammunition for warfare;

. Manufacture and distribution of dangerous drugs;

. Sauna and steam bathhouses, massage clinics and other similar activities, except wellness centres that are regulated by law because of risks posed to public health and morals;

. All forms of gambling, except those covered by investment agreements with the Philippine Amusement and Gaming Corporation;

. Persons who will engage in construction activities are also required to obtain a licence from the Philippine Contractors Accreditation Board (PCAB). Under the rules of the PCAB, certain licences are reserved for, and issued only to, Filipino sole proprietorships, partnerships or corporations with at least 60% Filipino equity participation, and duly organised and existing under the laws of the Philippines.

Provided that the business activity engaged in by an entity is not subject to nationality restrictions, it may be 100% foreign-owned, provided that it has a paid-in equity capital of at least USD200,000.

Franchette Acosta is a senior partner at Villaraza & Angangco. You can contact her at fm.acosta@thefirmva.com 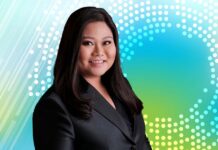