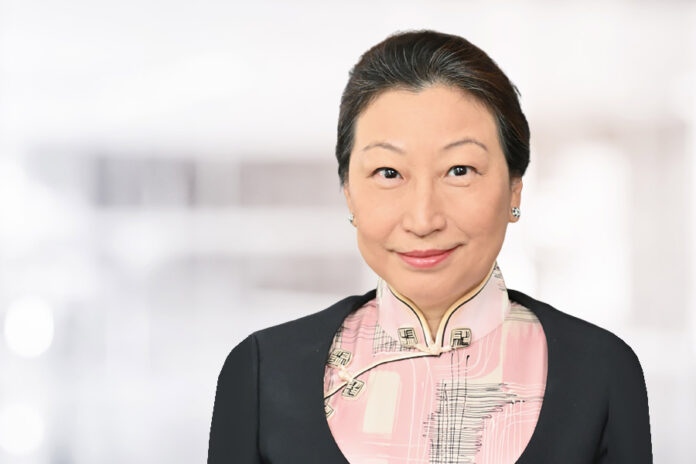 The Hong Kong SAR Government has submitted an amendment bill to the Legislative Council to propose three new fee agreements to allow lawyers to charge arbitration cases by the principles of “no win, no fee” and “no win, low fee”.

In an exclusive text interview with China Business Law Journal, Teresa Cheng Yeuk-wah, the Secretary for Justice of Hong Kong, said that the new fee structure was “groundbreaking” for the world, and offered more flexibility “than the mechanisms of other major arbitration venues”.

She said the amendment not only met the needs of commercial organisations, but also provided an additional option for lawyers that would “further consolidate Hong Kong’s position as the preferred seat of arbitration”.

The draft is on its second reading by legislators and is expected to be passed this year.

Fees determined by both sides

In the case of “no win, low fees”, the basic legal service fee should be paid regardless of arbitrative outcome. Additional fees will be charged only if the arbitration is successful and equal to the success fee under an agreement by CFA, or it can be a share of the client’s financial benefit, as with a Hybrid DBA.

The law in Hong Kong currently prohibits such contingency fees giving rise to a general charge by the hour for arbitration. Some consider this a traditional, single-option method that for many people is unaffordable and blocks them from pursuing their due rights.

“I believe that putting the three agreements in the same framework is a ‘groundbreaking’ approach and it is more flexible than the mechanisms of other major arbitration venues,” Cheng said.

The minister was optimistic about Hybrid DBAs, describing the model as more flexible in helping clients and lawyers reach the most suitable fee method.

She said a client would better understand the nature of their case when reasonable alternatives, such as settlement or mediation, are followed by a discussion of the fee arrangements.

There are concerns that small to medium-sized law firms with less capital face certain risks from ORFSA. Cheng, however, said: “Hong Kong cannot stand still while other popular arbitration places have had relevant arrangements.”

Contrary to damaging the profession, the ORFSA method aligned the interests of lawyers and clients and would help smaller firms receive breakthrough cases, she said.

“We expect that after introduction of ORFSA, we can provide flexible fee arrangements to better satisfy different parties of arbitration. Legal representatives can choose favourable arrangements according to the needs of different cases so as enhance their benefits. What is more important, ORFSA meets the needs of all parties in line with international practice which will further consolidate Hong Kong’s position as the preferred seat of arbitration,” Cheng said.

ORFSA standards would be regulated by subsidiary legislation covering fee caps, a minimum cooling-off period of seven days, permitted termination of an ORFS (before the arbitration concludes) and an alternative fee basis after termination, among other measures.

The International Arbitration Survey 2021 by Queen Mary University of London showed the five most preferred arbitral institutions to be the ICC, SIAC, HKIAC, LCIA and the China International Economic and Trade Arbitration Committee (CIETAC) – the first body of its type in the PRC. In terms of most preferred seats for arbitration, Hong Kong ranked third while Singapore rose to share the No.1 spot with London.

Cheng emphasised that local arbitration regulations are being amended to ensure Hong Kong kept ahead of international developments.

She gave the example of eBRAM, an online dispute resolution platform supported by the Asian Academy of International Law, Hong Kong Bar Association and Law Society of Hong Kong to prove technological and sustainable development in local arbitration.

eBRAM has been one of the service providers involved in the Asia Pacific Economic Co-operation online dispute resolution cooperation framework. It mainly resolves lower amounts of cross-border commercial disputes from global small, medium and micro enterprises. The service also complies with the requirements of “green arbitration” with efforts to reduce the environmental impact when arbitrating.

As the world’s second-largest economy, China offers huge business opportunities, but also more cross-border commercial disputes and demands to effectively resolve them. Hong Kong is the only Common Law jurisdiction in China and one of the most popular seats for international arbitration, making it generally the best choice for mediating commercial disputes from the Mainland.

As China is a signatory of the Convention on the Recognition and Enforcement of Foreign Arbitral Awards, also known as the New York Convention, and has applied it to Hong Kong, Cheng said this indicated that arbitral awards made in Hong Kong can be enforced in the contracting states of the New York Convention. She said Hong Kong and Mainland China have reached an interim measures arrangement, all of which were good reasons for Hong Kong as a seat of arbitration.

The State Council has allowed Hong Kong to maintain its Common Law system in arbitration in Qianhai, a pilot free-trade zone in Shenzhen, serving locally based, wholly owned Hong Kong enterprises and has released a scheme for Hong Kong legal practitioners to deal with legal matters in the Greater Bay Area.

These are two essential strategies made by Cheng in embracing PRC’s 14th Five-Year Plan to position Hong Kong as a leading arbitration services centre in Asia Pacific. She expects that more Hong Kong legal professionals familiar with the laws of Hong Kong and Mainland China will expand their business to Qianhai or even the Greater Bay Area to advise Hong Kong, foreign and mainland enterprises. This in turn would promote regional development and “achieve a win-win situation”.

2018 Secretary for Justice of Hong Kong

Vice President of the ICC International Court of Arbitration