An arbitration clause is a commonly used clause in a contract that requires the parties to resolve their disputes through an arbitration process.

Although such a clause may or may not specify that arbitration occur within a specific jurisdiction, it always binds the parties to a type of resolution outside of the courts, and is therefore considered a kind of forum selection clause.

There is no “perfect” model of an arbitration clause because not everyone wants the same procedure for dispute resolution.

Arbitration clauses depend on the underlying transaction and the client’s needs in a specific contract.

The key to drafting a perfect or complete arbitration clause is to pay sufficient attention to the underlying transaction so that the arbitration clause can be tailored to the client’s particular requirements and to possible disputes that may reasonably be anticipated.

Therefore, care should be taken to draft an enforceable arbitration agreement.

However, a good arbitration agreement is one which minimizes complications when a dispute arises.

A number of key issues must be kept in mind while drafting an arbitration clause:

One brush should not paint all paintings.

Titus & Co Advocates is a full service law firm based in New Delhi. The firm can be contacted at titus@titus-india.com. 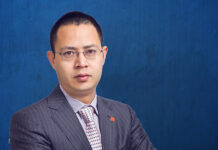 Focus on new rules of bankruptcy