A trust is an arrangement by which the property of the author of the trust or settlor is transferred to another, the trustee, for the benefit of a third person, the beneficiary. In general terms, trusts fall into one of two categories, private trusts and public trusts. The India Trusts Act, 1882 (act) governs private trusts. Public trusts are further classified into charitable and religious trusts, and the Charitable and Religious Trusts Act, 1920, (CRTA) the Religious Endowments Act, 1863, the Charitable Endowments Act, 1890, the Societies Registration Act, 1860 and the Bombay Public Trust Act, 1950 are the statutes most commonly relied upon to determine the recognition and enforceability of public trusts. Charities are mentioned in schedule seven of the constitution and therefore both the central and state governments have jurisdiction. Statutes of the state in which the charity is registered therefore also apply.

This article comments upon the regime governing the transfer of property by religious and charitable public trusts. Public trusts set up and declared by means of a non-testamentary instrument, apart from any state-specific legislation are required to be registered under the Registration Act, 1908. While India has not ratified the Hague Trust Convention 1985, trust laws give due recognition to the principles in it regarding the characteristics, existence and validity of trusts. The act gives the author or settlor and the trustee wide powers to respectively establish and manage the affairs of the trust, particularly with regard to its property. This is provided that the trust is established for a lawful purpose and does not contravene the provisions of any other law.

Section 7 of the CRTA and section 34 of the act set out the powers of the trustee to apply to the court within whose jurisdiction any substantial part of the subject matter of the trust is situated for its opinion, advice or direction on any question affecting the management or administration of trust property. In Mohan Lall Seal and ors v Kanak Lall Seal and anr, Calcutta High Court stated that although the act directly applied to private trusts only, it laid down principles that were as much applicable to public as to private trusts.

Vikram Wadehra is a partner and head of the Kolkata office of Vidhii Partners. Vidushi Chokhani is an associate. 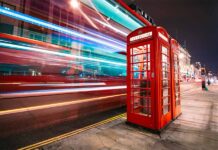