Supreme Court decisions in 2017 were instrumental in shaping India’s evolving trademark law. In the passing-off case of Toyota Jidosha Kabushiki Kaisha v Prius Auto Industries Ltd & Ors the court confirmed the trend of “territoriality” over “universality”, observing that Toyota was unable to prove trans-border reputation in India for the mark Prius before the mark’s adoption and use by Prius Auto Industries.

Although Toyota was first in the world to use the mark (in 1997), its use in India commenced only in 2010, after applying for its registration in 2009 on a “proposed to be used” basis. Prius Auto Industries had been using the mark in India since 2001 in respect of automobile parts and accessories and had obtained trademark registration in 2002. As internet connectivity was low in 1997 and only two news items in India mentioned Toyota’s launch of its Prius brand of cars in Japan, the evidence to support the existence of reputation in India was insufficient. This decision reflects the trend of jurisprudence in India to redefine trans-border reputation and also shows the importance of a thorough inquiry, scrutiny and appreciation of evidence led by the parties.

The Supreme Court also ruled last year on a longstanding dispute between Royal Orchid Hotels and Kamat Hotels, which began as opposition proceedings before the Trade Marks Registry. The court decided in favour of Kamat Hotels in a case over the mark Orchid.

At the registry level, it was observed that Kamat Hotels was the prior user of the mark. Royal Orchid Hotels’ marks with the word “orchid” as the main trademark feature were rejected as being confusingly similar and dishonestly adopted. The Intellectual Property Appellate Board (IPAB) reversed this decision on the ground that the Registrar of Companies had approved the company name Royal Orchid Hotels in 1996, prior to the first use of the mark Orchid by Kamat Hotels in 1997. The IPAB also held that the marks, compared holistically, were not deceptively similar and high-income consumers being discerning in nature would not be confused or deceived. This decision was opposed before Madras High Court, which set aside the IPAB’s order, holding in favour of Kamat Hotels on the issues of prior use and likelihood of confusion. The Supreme Court reaffirmed the high court’s views.

The Supreme Court last year also provided much desired clarification with respect to section 124 of the Trade Marks Act, 1999, in the case of Patel Field Marshall v PM Diesel. The question was whether rectification of a registered trademark under section 47 or 57 of the act can be sought where the issue of validity of the registration has been raised by either side in a pending infringement suit and no issue on the question of validity has been framed in the suit, or if framed, the concerned party has not filed a rectification application with the IPAB.

It is settled law that the question of validity of a registration has to be dealt with by the IPAB and not by a civil court. In cases where the parties have not approached a civil court, sections 47 and 57 provide an independent statutory right to an aggrieved party to seek rectification of a trademark.

If despite the order of the civil court the parties do not approach the IPAB for rectification, the right to raise an issue over the validity would no longer survive between the parties to enable the concerned party to seek enforcement of its rights by recourse to or by a separate action under section 47 or 57 of the act. Furthermore, in a situation where the civil court does not find a triable issue on the plea of invalidity, the remedy of an aggrieved party would not be to move under section 47 or 57 of the act but to appeal against the order of the civil court.

The above cases settle various aspects of law and procedure and highlight the evolution of trademark jurisprudence in India, which is a fast emerging hub for innovation and investment.

Dheeraj Kapoor is a senior associate and Shilpi Jain is an associate at LexOrbis. 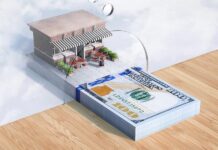