The Reserve Bank of India (RBI) has been gradually aligning the regulations applicable to banks and non-banking financial companies (NBFCs). Apart from implicitly recognising that NBFCs are fast narrowing the gap with banks in their systemic importance in credit delivery, such alignment also seeks to minimise regulatory arbitrage. In October 2021, the RBI issued a master circular consolidating its instructions on income recognition, asset classification and provisioning for banks. In November 2021, the RBI issued a circular clarifying certain provisions of the master circular with the intention of “ensuring uniformity in … implementation … across all lending institutions” of income recognition, asset classification and provisioning.

The November circular is an instance of perceptive rule-making by the RBI, in that it looked at certain industry-wide practices that were not specifically covered by regulation and sought to plug possible loopholes. The November circular noted that certain lending institutions tended to upgrade the classification of accounts from non-performing to standard if the borrower was able to pay pending interest, rather than all pending amounts. The November circular clarified that “to avoid any ambiguity” accounts classified as non-performing can only be classified as standard if the “entire arrears of interest and principal are paid by the borrower”. The February circular moved the implementation of this provision to 30 September 2022 to enable NBFCs to put in place the necessary systems.

In another example of perceptive rule-making, the November circular noted that the loan agreements of some lending institutions did not mention due dates for payment, instead prescribed general descriptions that have “scope for different interpretations”. The November circular requires that loan agreements must, with effect from 31 December 2021, set out precise dates and amounts, including the break down of interest and principal, and gave examples of the classification of a loan account on the basis of overdue amounts.

This tied in with another requirement of the November circular, on lenders recognising loans as overdue according to the receipt of due amounts at the time the lender ran its day-end processes. Reports in the public domain suggest that this prescription removes the flexible approach some lenders may have followed in allowing borrowers to make payments during the interest period rather than on a due date.

To comply meaningfully with the requirements of the November circular, lending institutions have to post consumer education material on their websites that explain concepts such as due dates, overdue amounts, classification as non-performing or special mention accounts on the basis of amounts overdue and day-end processes. To further improve consumer awareness, the November circular also states that lending institutions can display such education material at their branches in the form of posters and other appropriate media.

According to reported stakeholder reactions, it may well be that, while the November and the 15 February circulars are well-intentioned in that they seek to improve asset classification discipline and remove regulatory arbitrage, their issue and implementation could have been better timed. For instance, these circulars could have provided that their provisions would be implemented at a later date, say 30 September 2022 or 31 March 2023, to allow lending institutions adequate time to prepare.

Sawant Singh and Aditya Bhargava are partners at Phoenix Legal. Sristi Yadav, a senior associate, also contributed to the article. 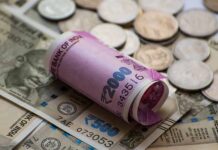 Framework for cross-border settlement in rupees 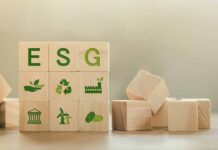 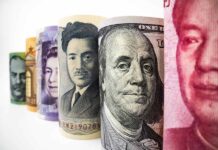