In January 2022, Singapore passed legislation that allows its lawyers to enter into conditional fee arrangements (CFA) in arbitration proceedings, as well as in certain proceedings before the Singapore International Commercial Court (SICC). This transformative move is part of the Singapore government’s efforts to promote and improve Singapore’s position as a legal services hub and a centre for international dispute resolution.

A CFA is a lawyer-client arrangement in which a lawyer receives payment of all or part of their legal fees only in specified circumstances, such as where the claim is successful. A number of common law jurisdictions, including England & Wales, the United States, Australia, and Canada, have already, to varying degrees, permitted CFAs. The introduction of CFAs will help to level the playing field between Singapore lawyers and their counterparts from more permissive jurisdictions. Allowing CFAs has the potential to enhance access to justice for businesses, a pertinent point in the light of business interruptions caused by the covid-19 pandemic.

CFAs may cover not just the dispute resolution proceedings themselves, but work done before the contemplated proceedings, such as preliminary advice. In the context of international arbitration, a CFA could cover the full lifespan of the dispute from its inception when, for example, advice is initially sought on a potential issue arising out of a contract containing an arbitration clause to the final nail in the coffin when a garnishee order against a bank account is made absolute. It would seem that proceedings in which the enforcement of arbitral awards is resisted, and proceedings to set aside arbitral awards, will also allow CFAs.

The legislative framework includes safeguards to mitigate the risk of abuse of CFAs by lawyers. Among those protections are provisions that CFAs must be in writing and signed by the client, and that they must include certain terms and conditions, such as a cooling-off period after the CFA is entered into, during which period the client or lawyer may terminate the CFA by giving written notice.

It is critical to note that contingency fee arrangements remain impermissible. These are arrangements in which the lawyer’s remuneration is a percentage of the damages recovered by the client. These continue to be prohibited by Singapore law due to concerns that such arrangements give rise to the additional risk of conflicts of interest on the part of the lawyer.

A further point to note is that uplift fees will not be recoverable from the opposing party as part of the costs of the successful party. The additional fees payable when a condition of the CFA, such as a successful outcome, is fulfilled, will not be recoverable as part of party-and-party costs. If it were otherwise, there would be the risk of the losing party instituting satellite litigation to challenge the validity and application of the CFA, negating the very advantages of CFAs.

Singapore’s change in permitting CFAs comes on the back of its recent liberalisation of the legal market to permit third-party funding in arbitration. These moves should be seen in the context of Singapore’s efforts to promote the country as a hub for international dispute resolution.

The move will further strengthen the attraction of Singapore as a forum for dispute resolution and in particular its position as a serious alternative to the traditional western arbitration centres of London, New York, and Paris. In this regard, it is worth noting that, for the first time, Singapore was in 2021 the most preferred seat of arbitration in the world alongside London, according to the Queen Mary University of London and White & Case International Arbitration Survey. Singapore’s future is thus bright and, given the government’s drive, likely only to get brighter.

Vikram Nair and Avinash Pradhan are partners at Rajah & Tann. 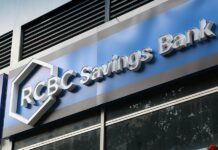 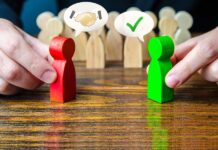 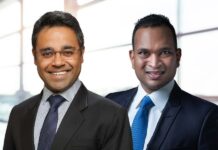