In its interpretations of the Civil Procedure Law, the Supreme People’s Court laid down the rules for how courts should handle third-party revocation actions, where a third party in an original trial makes a claim.

Generally, faced with a third-party request to revoke a judgment, courts can respond in one of three ways:

The question is, under the second scenario, after the original ruling is revoked by the court, will the original plaintiff be allowed to re-file the lawsuit, seeing that their own claims were not expressly rejected? The situation can be interpreted differently.

In 2005, she filed a lawsuit requesting that the real estate company assist her with the transfer procedures, gaining support from the court. At the real estate centre where such procedures are handled, she was told that this could not proceed due to an existing presale contract authentication attached to the same property.

Ms Qian subsequently learned that the real estate company had signed a presale contract with a Ms Liu in 1998 for the property, which had been authenticated at a real estate exchange.

In 2015, Ms Liu filed for third-party revocation action against the real estate company and Ms Qian, requesting revocation of the rulings in the original trial. The court agreed to revoke the decision to support Ms Qian’s request for assistance with the transfer procedure.

Does Ms Qian’s second lawsuit constitute repeated litigation in relation to the same issue – or non bis in idem – since her first one was revoked due to third-party action?

The court of second instance decided that Ms Qian’s second and third requests were repeated from her previous lawsuit, and the fourth one did not constitute a proper lawsuit claim, rejecting all three and supporting only the first request.

The core issue with this case is that since Ms Qian had once filed for procedural assistance, could the subsequent withdrawal of court support due to Ms Liu’s third-party claim be considered to have resolved Ms Qian’s initial claim?

This obviously requires a substantive, instead of a mere procedural, court response. Otherwise, Ms Qian would be able to reassert her original claim, which goes against the legislative intention. Therefore, the claim preclusion – or res judicata – in a third-party revocation action must be based on both the procedural and substantive force of the previous decision.

From a procedural standpoint, a third-party revocation action, being a special form of remedy, differs from a retrial. For example, article 42 of the Interpretation of the Supreme People’s Court on the Trial Supervision Procedure of the Civil Procedure Law provides that, “where a third party applies for a retrial and the court finds the third party not necessarily a party to the joint litigation, the court should only judge on the legality of the objection raised to the original ruling, and either revoke the relevant decisions or reject the request for a retrial; where the court decides to revoke any original rulings, the third party and the parties to the original trial should be notified of their option to file a new lawsuit.”

The third party in such a revocation action is not necessarily a party to the joint litigation, perfectly fitting the description, but there is no guideline for notifying the parties of their right to file a new suit. This essentially means that any court decision to “revoke the original ruling” also comes with “rejecting the claim of the original plaintiff”. Hence, Ms Qian cannot file a new suit unless fulfilling the above interpretation to the Civil Procedure Law.

Judging from the provisions for third-party revocation action, legislators have taken into consideration courts’ needs to make substantive decisions, particularly where they allow third parties to make their own claims in addition to requesting revocation, killing two birds with one stone.

By law, courts may directly fix the error in the original ruling upon reviewing and deciding to support all or some of the third-party claims, and such amended judgments may be appealed. This means that courts must come to a new ruling after substantively considering both the original and the new lawsuits. We can infer that third-party revocation action, in essence, is a retrial for the original claim and a new trial for any third party’s separate claims on top of the original.

To sum up, it would seem that Ms Qian’s second lawsuit indeed falls under “repeated litigation”. As a court’s decision to revoke its original ruling inherently implies that it additionally rejects the original plaintiff’s claims, the plaintiff cannot file another lawsuit by making the same claims.

Cycle Lam is a partner at ETR Law Firm 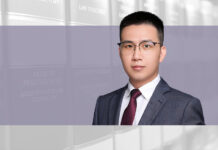