T he increase in cross-border mergers and acquisitions (M&A) has led to an urgency to understand and manage the intricate tax consequences of foreign investments in India.

By the end of 2007, M&A deals in India showed an impressive growth to US$70 billion, an increase of about 150% over the previous year.

In February alone, a total of 36 deals were announced, valued at more than US$2.95 billion. These included 19 cross-border deals with an announced value of more than US$470 million.

The Finance Bill 2008 proposes to levy capital gains tax on acquisitions in India.

Pursuant to the proposed amendment, purchasers will be required to deduct tax at source in accordance with section 195 of the Income Tax Act, 1961, (ITA) on purchase of shares or debentures from foreign shareholders at the time of acquisition.

Presently, section 195 of the ITA casts an obligation to deduct income tax at source while making payments to a foreign company of any sum that is liable for tax in India.

In addition, section 201 of the ITA provides that if a person responsible for deducting tax at the source fails to do so or after deducting the tax fails to deposit the amount in accordance with the ITA, he will be considered to be an assessee in default in terms of the ITA.

However, there has been certain ambiguity by the tax authorities while applying these provisions, especially in cases of acquisitions of Indian companies.

To clarify this ambiguity, the Finance Bill 2008 proposes an amendment to the ITA that would add sub-section (6) to section 195 as well amend sub-section (1) of section 201.

The proposed sub-section (6) of Section 195 would require any person responsible for deducting tax in accordance with the ITA to furnish income tax authorities with information on the payment of tax deducted at the source.

Similarly, section 201(1) would be amended so that, if the person responsible to deduct tax at the source fails to do so, he will be deemed to be an assessee in default and liable to pay a penalty as directed by the assessing officer along with arrears and interest.

The proposed amendment of section 201(1) will take effect retroactively from June 2002 and all acquisitions concluded from June 2002 would fall within its purview.

The Finance Bill 2008 further proposes to increase short term capital gains tax arising from the transfer of shares from 10% to 15%.

However, this proposed amendment will be effective from 1 April 2009 and the increased tax rates will apply from the assessment year 2009-10.

The current short term capital gains tax is not payable if securities transaction tax (STT) is deducted and paid in accordance with the provisions of ITA on the sale of shares.

STT is not applicable on off-market transactions and thus exposes such transactions to a higher rate of capital gains tax.

However, the Finance Bill 2008 seeks to introduce the STT regime on off-market transactions.

The introduction of the STT regime woule allow assessees to pay tax in accordance with the amended provisions of section 98 and 99 of the Finance Act, 2004. The tax rates under these sections would change depending on the transaction:

The proposed amendments are effective from 1 April 2008 and will be applicable from the assessment year 2009-10.

The proposed amendments relating to tax deduction at source and the increase in the short term capital gains tax has made cross-border M&A deals a more taxing affair for companies planning investments and purchases in India. 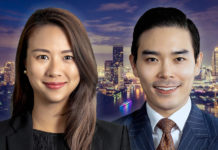